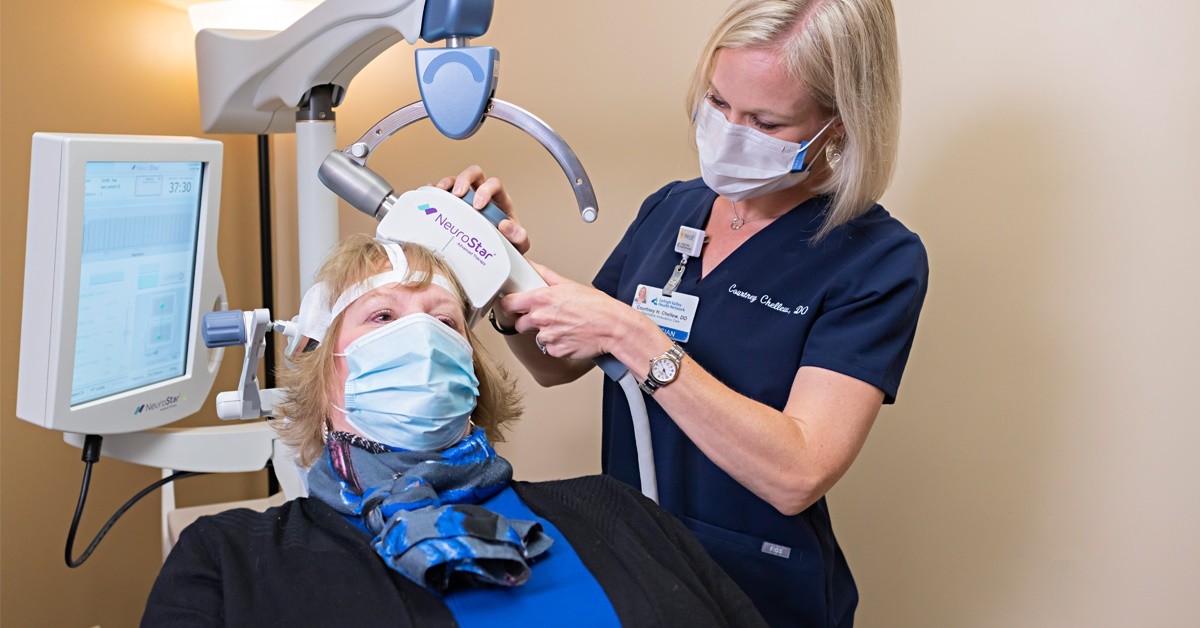 For people with depression, treatment can come in many forms and combinations, including talk therapy, prescription antidepressant medication and lifestyle changes. A newer treatment for individuals diagnosed with depression that can be used alone or with those treatments is transcranial magnetic stimulation (TMS).

“TMS is a noninvasive procedure that uses magnetic fields to stimulate nerve cells in the brain to improve symptoms of depression,” says Edward Norris, MD, with LVPG Adult Psychiatry–Muhlenberg. Norris, along with the care team at LVPG Adult and Pediatric Psychiatry–Muhlenberg, have offered TMS to patients for the past two years.

“This unique therapy is especially helpful for people who have not benefited from or cannot tolerate antidepressant medications,” he says.

TMS is delivered in an office setting Monday through Friday. The patient is seated in a spa-like chair while a technician provides treatment. During the treatment session, the patient can listen to music or watch TV. A complete course of treatment is comprised of 36 sessions, each lasting an average of 20 minutes.

One study of the long-term benefits of TMS has reported 62.5 percent of the patients studied showed remission, or no symptoms of depression, even one year after initial treatment.1

Learn more about TMS offered by LVPG Adult and Pediatric Psychiatry–Muhlenberg by calling 610-297-7500 or send an email to LVHN_TMS@lvhn.org.