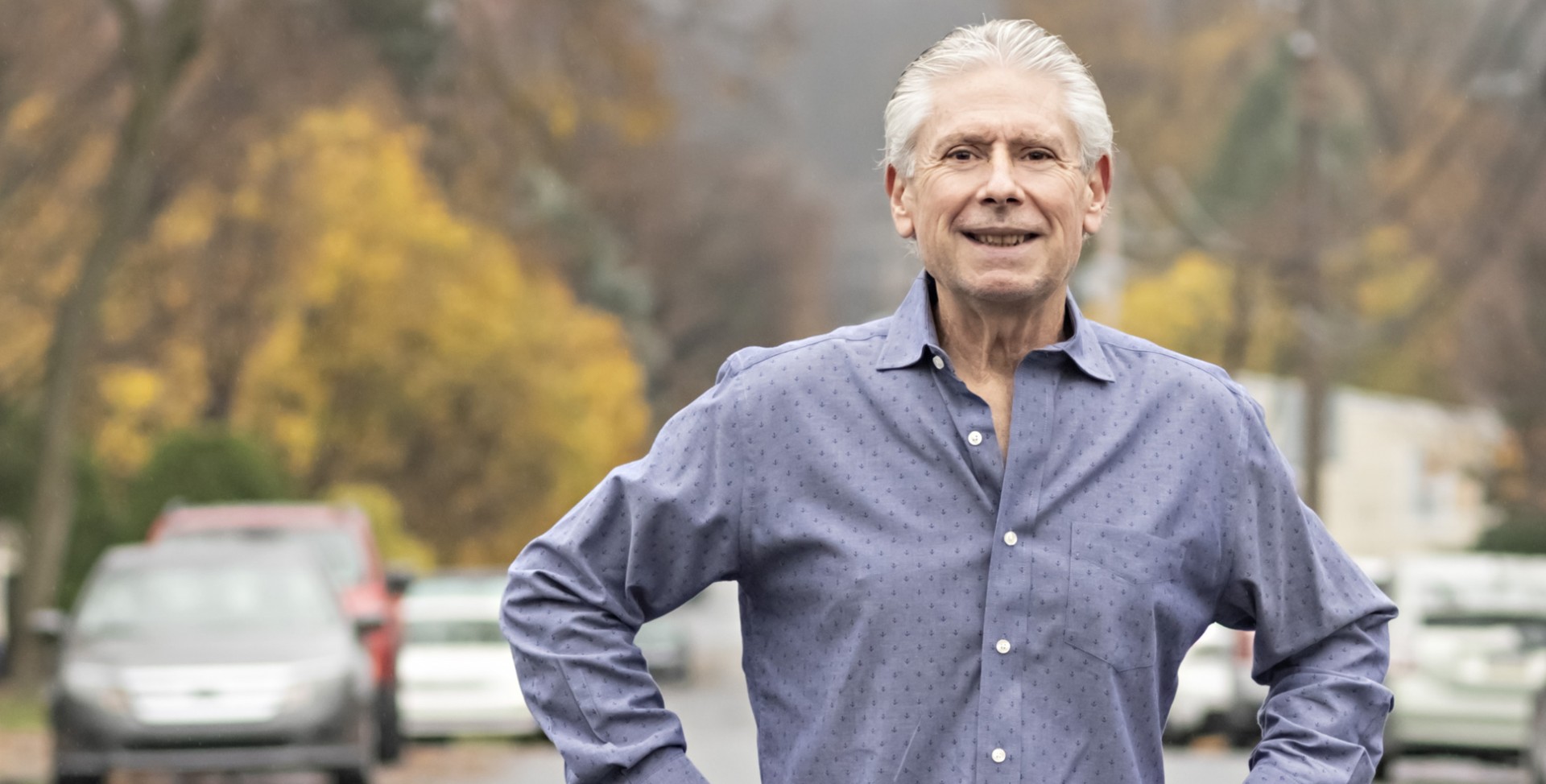 Attitude is everything in Greg Darley’s pancreatic cancer fight

When Greg Darley woke up one day in early 2016 with a yellow pallor to his skin, he refused to be overly concerned. When he was diagnosed with a collapsed bile duct and later pancreatic cancer, he still wouldn’t allow himself to get upset.

“That’s because I’m married to a very optimistic person,” says the 67-year-old Emmaus, Pa. resident, speaking of Linda Darley, his wife of 29 years. “She would never put up with me getting down about it. There are lots of people in the world with bigger problems.”

Pancreatic cancer is among the most difficult cancers to treat. There is no pre-cancer screening for it and by the time symptoms present, it’s likely the cancer has spread to nearby organs. Still, Darley felt fortunate to be in the hands of caregivers from Lehigh Valley Cancer Institute.

“Everybody there has been wonderful to us from the start,” says Darley. “I was confident with them that I would be able to beat this.”

“Because of the advanced nature of Greg’s condition, surgery alone would not have removed the cancer,” Khalil says. “We began a strong regimen of four chemotherapy drugs over six cycles to shrink a tumor near the head of the pancreas. Greg responded to the treatment very well.”

With the success of the chemotherapy, Darley was ready for a Whipple procedure, also known as a pancreaticoduodenectomy, a complex surgery to remove tumors from the head of the pancreas.

Next up: Whipple procedure

“His excellent response to chemotherapy gave us a real chance with the Whipple procedure,” Brodsky says. “Over the last 10 to 15 years, we’ve been seeing better and better outcomes with pancreatic cancer surgery. Greg is a real success story.”

“Our goal is to keep a tumor from recurring,” says McIntosh. “We’re able to do this with techniques that allow us to vary radiation doses, using a higher dose and a lower dose simultaneously to minimize risk to nearby organs. I’m happy to report Greg has shown no evidence of recurrence.”

“I’d tell anyone in the same position, a positive attitude makes all the difference,” Darley says. “They’re doing things today in the fight against cancer that no one would have ever thought possible. Follow what the doctors tell you to do, and you have every chance to beat it.”

Attitude is everything in Greg Darley’s pancreatic cancer fight