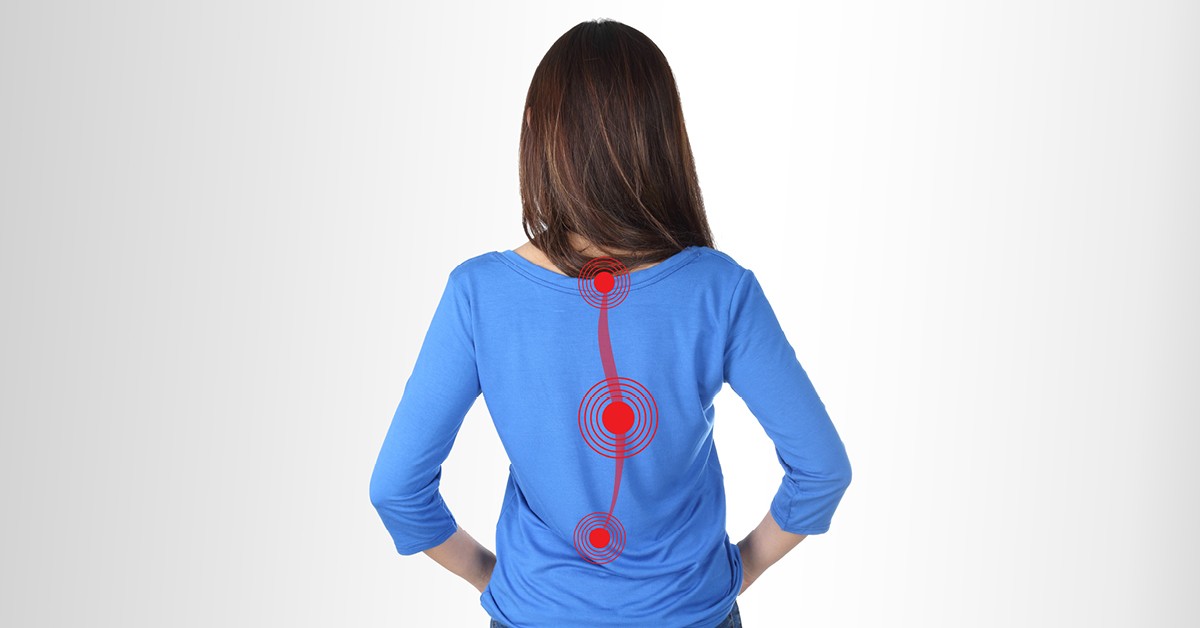 On a highway, all drivers pay attention to signs for an S-curve. When it comes to your growing child, an S-shaped curvature of the spine is a sign your child needs to be checked for scoliosis. Early detection is key to helping stop or manage that curve.

Scoliosis is an abnormal curve of the spine that causes it to look like an “S” or “C” shape. In 80 percent of cases, the cause of this condition is unknown. Such cases are known as “idiopathic” scoliosis. The most common form is adolescent idiopathic scoliosis (AIS), affecting 2 to 3 percent of children in the United States.

The onset of AIS typically occurs during the early adolescent years (ages 10 to 15). “Idiopathic scoliosis generally presents itself when children are going through a growth spurt, and most commonly is found in girls,” says Christopher Henderson, MD, with Coordinated Health Scranton Orthopedics, part of Lehigh Valley Health Network (LVHN).

Pediatricians usually include a scoliosis screening as part of your child’s well visit. But it’s still a good idea to be aware of the condition and know what to look for as your child is growing. If you notice any of the following symptoms, it’s important to talk with your child’s doctor:

A physical examination is the first step to checking whether or not your child has scoliosis. Your child’s doctor checks his or her posture and looks for asymmetry (unevenness) in the trunk (back, shoulders and abdomen). A measuring tool known as a scoliometer is also placed on the back. This allows your child’s doctor to further assess the curve.

To confirm a diagnosis, X-rays are taken. Those who have a curvature of 10 degrees or more have scoliosis. “Fortunately, the majority of curves are mild and don’t progress to a worse degree. But with the small percentage of those that do, there are treatment options to stop the progression from worsening,” Henderson says.

“Everyone wears their scoliosis differently,” says Jeffrey McConnell, MD, with LVPG Orthopedics and Sports Medicine–Hausman Road. At LVHN and Coordinated Health, we offer nonsurgical and surgical treatment options for those who have scoliosis. Our providers help determine a treatment plan that works best for your child.

Scoliosis can be treated nonsurgically with a brace. This method is used when a curve measures more than 25 to 30 degrees, and a child is still growing. Wearing a custom brace helps slow down the progression of an existing curve. The goal is to stop the curve to prevent surgery from being needed later. “Bracing is the middle ground tool that we use. When the curve appears to be more aggressive and a child has a lot of growing left, bracing is a good option,” Henderson says.

If the curve shows signs of progression, routine examinations also are recommended. “For children who have more of a curve, we monitor it with periodic X-rays. This is the best way to get a proper evaluation of the curve. The more concerned we are with progression determines how frequent X-rays should be taken,” McConnell says.

In some scoliosis patients, a curve can become more severe over time. “The number one reason to consider surgery is to stop progression of the curve. If a patient also has pain and concerns about how it appears, that’s further indication to consider the surgery,” McConnell says.

Surgery may be necessary if a curve measures 45 degrees or more. If bracing has not slowed the progression, or a child is done growing, but the curve continues to worsen, spinal fusion may be recommended.

“The gold standard surgical treatment for scoliosis is a posterior fusion,” Henderson says. During this procedure, an incision is made on the back to access the spine. The surgeon fuses (joins) bony parts of the spine (vertebrae) together and uses rods with hooks and screws to straighten the spine. An anterior fusion is another surgical technique used, during which a surgeon makes an incision through the patient’s side (rib cage).

“Both types of surgery accomplish the same thing – a fusion that straightens the spine and improves appearance,” McConnell says.

For more information on scoliosis treatment at LVHN and Coordinated Health, visit LVHN.org/conditions/scoliosis.