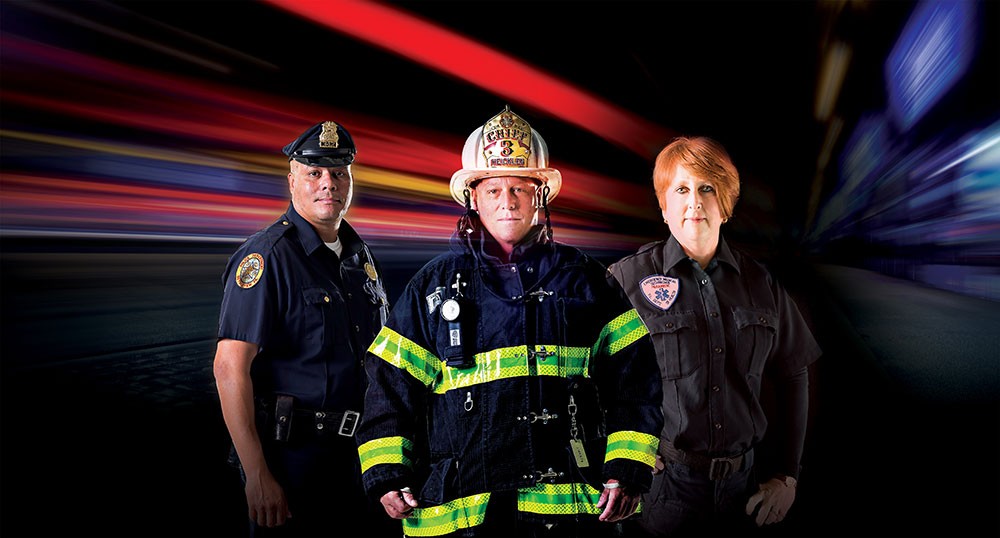 A woman who attempted suicide by fire because of the way she viewed herself due to an anxiety disorder will tell her difficult story of recovery at the 11th annual Valley Preferred Spirit of Courage Awards Celebration held at Lehigh Valley Hospital-Muhlenberg in Bethlehem, Pa. The event also recognized nearly two dozen first responders and everyday citizens from northern and northeastern Pennsylvania for acts of heroism or commitment to burn education.

save others from a burn or death by fire. The program also recognizes individuals and groups who have done an outstanding job promoting fire safety or burn prevention education.

Valley Preferred, a provider-led, preferred provider organization, is sponsoring the program to raise public awareness regarding burn safety and prevention. “Valley Preferred is honored to join in the efforts to recognize first responders for their acts of courage, as well as support ongoing programs promoting fire safety and burn prevention education,” says Valley Preferred executive director Jack A. Lenhart, MD. “The lifesaving efforts of first responders and burn prevention education are two of the most meaningful ways to protect the health of families here in our community.”

Burn Prevention Network director Dan Dillard said that risking one’s life for another, especially for a stranger, is the epitome of brotherhood and citizenship. “We also acknowledge the efforts of those who dedicate their time and talent to preventing burn injuries as well as those extraordinary individuals who rise up from devastating burn injury to inspire and support fellow burn survivors.”

Here are the honorees that were recognized at the event:

Sharlene Walushka struggled with intense insecurity her entire life. Body dysmorphic disorder gave her a distorted view of herself, leading to an obsession with attaining a perfect appearance. She was deathly afraid of rejection and abandonment. She eventually reached a point where she believed the emotional agony that had taken over her life was worse than any physical pain she might feel in ending it. She doused herself with gasoline and lit the fire, hoping to finally escape her suffering.

Walushka awoke in the Regional Burn Center three months later, her physical and emotional torment worse than ever. She encountered dark days that included alcohol abuse, isolation, anxiety, depression and PTSD. But she gradually began to see herself differently, and slowly rebuild her life. In time, Walushka learned that she could be truly beautiful, from the inside out.

As her confidence grew so did her desire to help others who were struggling on their own journeys. She regained her sobriety and spoke out against suicide. She became a Survivors Offering Assistance in Recovery (SOAR) volunteer, visiting new burn patients and families to offer peer support. Her bravery in telling her story and her willingness to offer hope have been especially meaningful for the many burn patients who have shame related to their injury.

Biss was on his route on a July afternoon when he saw a car traveling on the wrong side of the road, smoke and flames shooting from the bottom of the vehicle. The car then hopped the curb, hit a tree and came to rest in a bank parking lot. As Biss ran to the car the driver emerged from the thick smoke, but her passenger was still inside. Biss managed to get the door open and assist the woman away from the vehicle minutes before it was entirely engulfed in flames. He learned she had multiple sclerosis and needed a cane to walk as he guided her to the waiting ambulance.

When Hobson arrived at an 18-unit apartment building in the early morning hours of Nov. 28, he saw a man straddling the windowsill on the second floor, about to jump. He quickly took a ladder from the fire truck that had just arrived and climbed to the man. He maneuvered the man into his arms and carried him down the ladder. Meanwhile, a desperate call had come in from someone inside one of the apartments. As Falco, Gilmore, Hammerle and Hoffert made their way inside the building, their efforts were hampered by heavy smoke and zero visibility, making it difficult to find the apartment numbers. After kicking in several doors, they finally found the unit where the man was trapped inside, directly over the fire. They dragged and helped him crawl out to the hallway and down the stairs, and out to the waiting EMS crew.

Umble, an electrician, was on his way to his first assignment on an early October morning when he saw the telltale signs of an accident – two severed electrical poles and bobbing and swaying wire. Then he saw the SUV on its side against a house, with the driver trapped inside. Smoke was coming from the front of the car and the driver was trying to kick out the front windshield. The doors were locked. Umble guided the driver to a shattered back window, where he pulled him to safety just before the car was engulfed in flames.

Firefighters were called in the early morning hours of Halloween when someone spotted flames at a house from a nearby Wawa. Not knowing whether anyone was inside, Dashner and Bonners entered the home and began searching in opposite directions, Bonners with a thermal imaging camera. When he opened the bathroom door he saw a silhouette of a person on the floor, semiconscious and disoriented. He dragged the woman out of the bathroom, and he and Dashner carried her outside. As she gasped for air, the two firefighters administered oxygen and stayed with her until EMS help arrived.

It was midafternoon on Good Friday when a call came in for a fire in a three-story apartment building in Minersville. When firefighters arrived they found intense fire coming from a unit toward the back of the building. It was initially reported that everyone was out of the building, but then someone realized one of the residents was missing. Atkinson, Barnes, Firestine and Melochick went in to search for the missing woman. They found her in a second-floor bedroom and carried her out to the EMS crew.

Firefighters were called to a house fire in the early morning hours of April 9. They knew the home’s resident was a disabled man who would have trouble getting out. Katelyn and Eric Oxenreider found the man lying in his bed and began bringing him out when their alarms sounded, signaling that they were low on air. DePietro and Emerich took over the rescue. Despite receiving an electrical shock, DePietro continued to assist Emerich with getting the man to the window since the floor was beginning to burn through. Firefighters then removed the man through the window and down a ladder to waiting EMS crews. Despite the heroic efforts of all the firefighters on scene, the man later died due to his injuries.

Counterman, Krusinsky and off-duty trooper Dawe watched in horror as the Jeep Wrangler driven by a young woman was broad-sided by a speeding car as she was attempting to turn into the Promenade Shops at Saucon Valley. The Jeep flew through the air and exploded into a massive fireball. The three men, traveling in separate vehicles, all ran to the Jeep, and found the unconscious woman dangling in her seat belt at the open driver’s door. As flames consumed the back and passenger seats, the men pulled her from the burning car and carried her to safety. Within seconds, the Jeep was fully engulfed with fire.

Bobby Benner performed many roles in his 30 years as chief, but his favorite responsibility was that of fire safety educator. He instructed tens of thousands of children and staff at schools, day care centers and adult care facilities. Last year alone he oversaw fire prevention programs for nearly 5,000 people. Benner managed five fire stations and 150 firefighters and fire police. He served as treasurer of Lehigh Emergency Services Training Academy (LESTA) and Lehigh and Northampton County Fire Investigation Training Association. He was involved in the ProBoard FF1 certification testing held every year at Emmaus Fire training grounds through LESTA. Benner oversaw design and construction of a fire training facility that opened in 1988, and was later renamed the Robert L. Benner Fire Training Facility. Firefighters from the Lehigh Valley and beyond use the center to hone their skills to better protect their communities.

Benner was at nearly every fire in Whitehall Township for almost half a century — right up until he was hospitalized in late December 2015. When he passed in March, family and friends paid their respects during two days of events celebrating his life and countless contributions to the township. An honor procession was led by the township’s fire companies and attended by firefighters and officers from across the Lehigh Valley. The award will be presented to Benner’s daughters, Barbara and Cynthia Benner, and grandson Lt. Justin Benner.