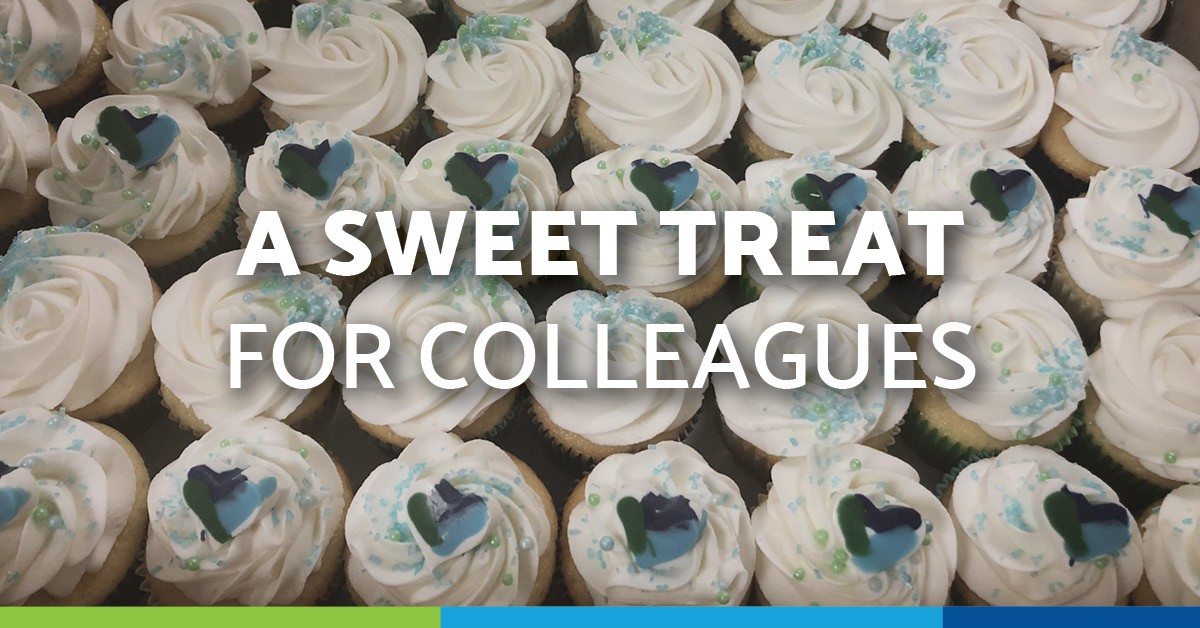 Cupcakes Bring a Smile to Colleagues

A Lehigh Valley Hospital (LVH)–Schuylkill colleague has joined the many businesses, organizations and individuals who have been showing their support for health care workers and all they are doing during the COVID-19 crisis.

Christine Helman, LVH–Schuylkill business relations representative in occupational medicine, is currently on a partial furlough, but wanted her colleagues to know how much they mean to her. She also operates “Batter than the Rest Bakery,” a licensed cottage bakery, as a part time business. She baked, decorated and delivered more than 400 cupcakes to colleagues at LVH–Schuylkill, including both hospital campuses, ExpressCARE and her colleagues in Occupational Medicine.

“Our colleagues are the best,” Helman says. “I wanted to do something for them to let them know how much I appreciate all they are doing on the front lines. My thought was they deserved something sweet to get them through the day and this was something I could give to them.”

Delicious by the dozen

In all, Helman produced about 450 cupcakes. Baking began around 9 a.m. and completed around 3 p.m. Decorating took another four hours. Helman then boxed, labeled and delivered cupcakes to the hospital campuses by 9 a.m. the next day. She didn’t want to estimate the amount of flour, eggs, butter, cream and other ingredients. “It was quite a bit.”

Reaction from colleagues has been swift and positive. “Some posted thanks on Facebook and others sent me private messages and calls. I am humbled, but didn’t do it for thanks or recognition, I am really happy that I was able to make someone’s day over a cupcake,” she says.

Helman has worked in the occupational medicine program for 19 years, much of that time as an X-ray technician. Her role within that department gradually transitioned into customer service and business relations. She says she has been a baker for more than 30 years, but only formalized it as a part-time business in the past four years.

Cupcakes Bring a Smile to Colleagues