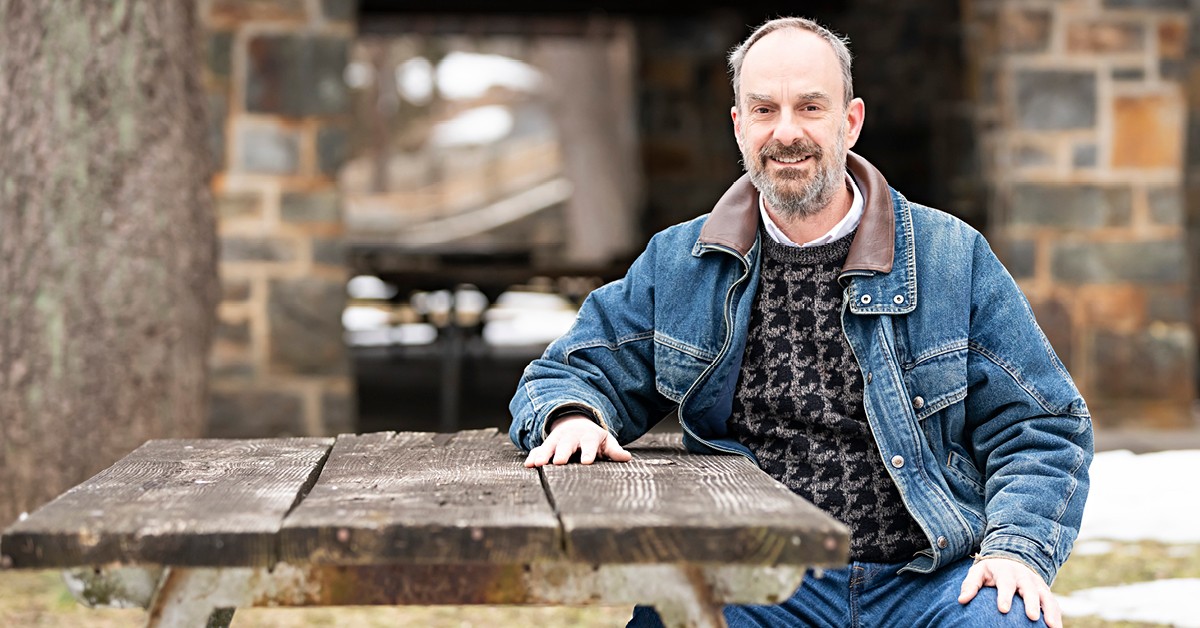 Jeffrey Campbell of Bethlehem smoked for decades but figured lung cancer wasn’t in the cards for him. “I always felt healthy,” he says. “I could outrun almost anybody.” As a problem solver at Amazon, he walks up to 19 miles per shift. “My primary care doctor said I had the healthiest sounding lungs she’d ever heard on a smoker,” Campbell says. “But every year, she also advised me to get a lung cancer screening. I never did.”

Never, that is, until an alarming incident in September 2019 while mountain climbing in the Adirondacks with his brother. “I became extremely out of breath like nothing I’d ever felt before,” Campbell says. “If we’d had cell service, I would’ve called an ambulance, it was that bad.” After about 10 minutes, the episode began to pass.

Two later episodes convinced him to take action. He first gave up smoking after 47 years. “Once I quit, there was no turning back,” he says. “Habits like patting myself to make sure I have cigarettes seemingly go forever, but I haven’t had a puff since.”

Eventually he decided to go for the lung cancer screening his doctor kept nudging him about. “I’m fortunate and blessed that I did,” he says. “If I hadn’t, I could have been in serious jeopardy.”

Lung cancer is stealthy. It often doesn’t cause symptoms such as coughing or weight loss until an advanced stage. “We do have treatments for late-stage lung cancer, but the key is early detection when the chances of a cure are much higher,” says Richard Chang, MD, Chief, Lehigh Valley Health Network (LVHN) Section of Thoracic Surgery, with LVH Cardiac and Thoracic Surgery.

A low-dose CT (computed tomography) scan revealed Campbell had a suspicious nodule on his left lung. “That was a little frightening,” he says. “I had no idea what to expect.” A follow-up PET (positron emission tomography) scan discovered the growth was drawing the nutrient glucose, indicating it was metabolically active and likely to be cancer.

Lung testing with LVHN pulmonologist Ganesan Murali, MD, with LVPG Pulmonary and Critical Care Medicine, further revealed Campbell had mild emphysema, a form of chronic obstructive pulmonary disease (COPD). “My scary breathing difficulties weren’t because of lung cancer but emphysema,” Campbell says. “Here I was functioning at a fairly high level and had no idea about any of it.”

The diagnoses brought Campbell low. “I didn’t think death was imminent, but you never know,” he says. “It gets you thinking along those lines.” Talking with Murali turned him around. “He actually gave me a lot of hope,” Campbell says. “He was encouraged that I had quit smoking and thought my outlook was pretty good because I had a small nodule, and they caught it early.”

In July 2020, Chang performed a minimally invasive robotic lower lobectomy in which he removed the nodule with a portion of Campbell’s left lung, along with 22 lymph nodes. Analysis confirmed the nodule was malignant, but all lymph nodes were clear of cancer. “It’s a very meticulous operation that offers the best prospect for a cure,” Chang says. “I expect he’ll return to normal function thanks to early screening and treatment.”

Talk to your doctor about lung cancer screening if you’re between ages 55 and 80, have a smoking history of 30 pack years or more, or have quit within 15 years, advises Andrea Rivera Rodriguez, CRNP, a nurse practitioner with LVPG Pulmonary and Critical Care Medicine–1250 Cedar Crest.

“Thirty pack years means you smoked a pack a day for 30 years or two packs a day for 15 years,” she says. Screenings are generally covered by Medicare or private insurance. “Jeffrey Campbell had 92 pack years,” Rivera Rodriguez says. “That’s significant. But his success shows that it’s never too late to quit and get care. Our tobacco cessation program helps provide anything you need to quit when you’re ready.”

“I’ve become a semi-zealot about not smoking and getting annual screenings,” Campbell says. “If I had put it off further, my cancer could have been imminently more threatening. Now, hopefully, I’m cured and, with any luck, I still have 30 or 40 years to go.”

Learn more about lung cancer screening and take an assessment to see if you are at risk for lung cancer. Visit LVHN.org/lungscreening.