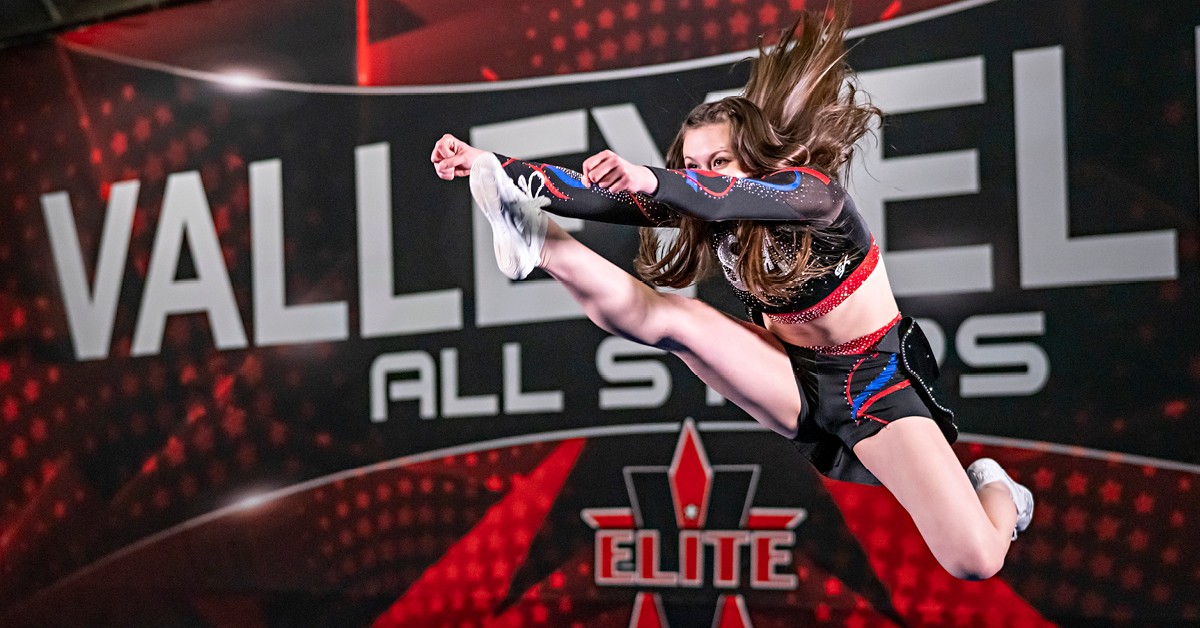 Competitive cheerleader Katie Greb is used to people downplaying her sport. The 15-year-old, who has been cheering since she was 5, often finds herself explaining what competitive cheer is, and why it’s a sport. “Competitive cheer is a combination of gymnastics and dance. I do everything from back handsprings to full layouts,” she says.

Like many athletes, Greb has had her share of injuries, including a broken arm and a dislocated shoulder. But when she hurt her knee in February 2020, she knew that it was different. “I was doing a pass in practice, and I just landed awkwardly. When I heard a pop, I knew it was bad,” she says.

A diagnosis and plan

Greb went to see orthopedic surgeon Wayne Luchetti, MD, with Coordinated Health, part of Lehigh Valley Health Network. Within 48 hours Greb had an MRI and was diagnosed with an anterior ligament rupture of the knee, or as it’s commonly known, an ACL tear.

Luchetti explains that ACL tears are common among athletes, especially female athletes. “ACL tears generally occur in athletes who change direction suddenly or jump and land incorrectly. Females tend to be more prone to ACL tears because of the anatomic makeup of their knee,” he says.

While Luchetti recommended surgery, he wanted Greb to go through a few physical therapy sessions first, which is commonly known as prehab. “Anytime with an ACL tear like that, you want to get the knee calmed down, the swelling to come down and the range of motion to come back. Usually it takes about three to four weeks before surgery for that to happen,” says Luchetti.

It takes a village

Greb says she knew right away that physical therapy was going to be an important part of her recovery. Prior to her surgery, she began working with Katie Drayton, a physical therapist with Coordinated Health, part of Lehigh Valley Health Network. Drayton says that while COVID-19 was a concern, extra safety measures were put in place to make sure that both she and Greb remained safe and were still able to complete physical therapy in-person. Greb’s physical therapy included a lot of stretching and mobility exercises, and within just a few sessions she was ready for surgery.

ACL reconstruction surgery is done as an outpatient procedure, which means no overnight hospital stay is required. It is also minimally invasive so only two small incisions are made in order for the surgeon to insert a thin tube-like camera and surgical instruments to access the joint space. The entire procedure generally takes about an hour.

The day after surgery, Greb was back at physical therapy. While she admits she was sore, her desire to get back to cheerleading served as her inspiration.

Drayton says that physical therapy after an ACL repair includes a wide range of activities. “It really brings it back down to the basics and grows it from there,” she says.

Back on the mat

Throughout her recovery, Greb remained focused on her goals. “It wasn’t an easy recovery, but I always tried to remember what others had told me about the process and to stay positive,” she says.

After nearly eight months, Greb was able to return to cheer at nearly her full level. She says her ultimate goal is to cheer in college and win a national title. It’s a goal that Luchetti says wouldn’t surprise him. “Katie has a fantastic attitude and is a very high-level athlete. When a kid has a great attitude and they work hard, anything is possible,” he says.

If you think you have a sports-related injury, don’t delay your recovery. Make an appointment at LVHN.org/sportsmedicine or call 888-402-LVHN (5846).