For Love of Country: A Story of an Unlikely Friendship 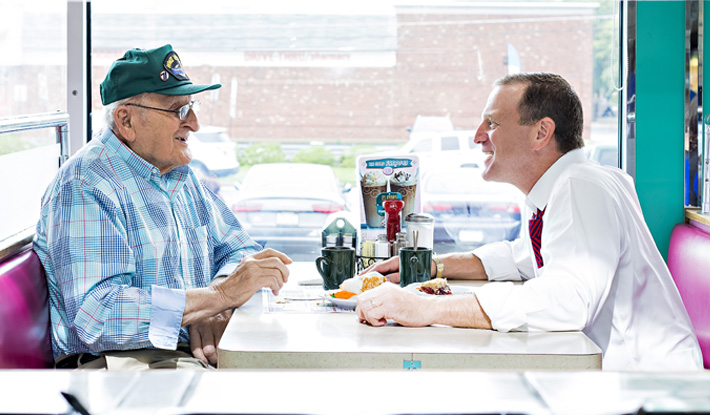 There’s only one big problem with being 91 years old as far as William Bakes is concerned.

“All my friends are gone,” says the proud World War II veteran from Allentown. “Outside of my family, there aren’t many people I can call a friend anymore.”

Maybe that’s what brought about Bakes’ friend request a few years back of his orthopedic specialist, Eric Lebby, MD, Chief, Division of Orthopedic Surgery at Lehigh Valley Health Network. Bakes made his request the old-fashioned way.

“I’ve been treating Bill for about three years for arthritis in both knees,” Lebby says. “I see him every few months, and it’s always great to see him. One day, he just asked me if I would be his friend. I told him absolutely, that I would be honored.”

From the first moment Bakes met the 47-year-old Lebby, he knew he would like him. He noticed an American flag pin attached to the doctor’s lapel. That told Bakes this was somebody who shared his sense of patriotism. “He talked to me like an ordinary person, not like a doctor to a patient,” Bakes says. “I told him I was a veteran, and we just hit it off. We talk about a lot of things. My appointments with him go by fast.”

Service to country and humanity

Bakes is especially proud of serving his country during World War II, as did his three brothers. He did his U.S. Army training at Fort Benning, Ga., with John Eisenhower, son of Gen. Dwight Eisenhower, supreme commander of the Allied forces in Europe and future U.S. president. When he arrived as a corporal at the European theater in 1944, he became part of Gen. George Patton’s Third Army and fought the Germans at the famed Maginot Line – concrete fortications on the borders of France, Switzerland, Germany and Luxembourg – leading to the liberation of the nearby city of Bitche, France.

As Allied forces moved into Germany, Bakes joined in the liberation of a series of Austrian concentration camps. “Prisoners at Gunskirchen were left in the forest to die,” Bakes says. “These walking skeletons were running up to us, hugging us and kissing our boots. We had to help bury those that didn’t survive. What we saw there, it’s not something you can forget.”

Following a stay in Europe to help with the reoccupation of liberated countries, Bakes returned to Allentown in 1946 and almost immediately met his wife, Teresa. “She saw me walking down the street and knew I was for her,” he says. “At least that’s how I remember it. We got married right away.” They would be married for more than 50 years until her death in 1998.

Bakes worked as a garage mechanic and eventually joined the Allentown School District in the late 1960s, staying until he retired at age 65. Today, he lives in Allentown with his daughter, Lynette, and her husband, Tony Messenlehner. Bakes spends a lot of his time doting on his granddaughter, Kristi Gases, his grandson, Doug Genovese, and his great-grandson, Maxwell Genovese. And he enjoys his visits and phone calls with his friend, Eric Lebby.

“My grandfather and great uncle fought in World War II,” Lebby says. “I think they had a lot of influence on my support of our military. Bill reminds me of them in many ways. Many times we get to talking, and his appointments run over a little bit.”

Bakes earned 12 medals and various other military honors, including the Bronze Star, for his World War II service.

“People called us heroes, and sometimes the way we were treated it felt that way,” Bakes says. “We were able to help a lot of people who needed our help. If that’s being a hero, I’ll take it.”

Veteran Care and Awareness at LVHN

For Love of Country: A Story of an Unlikely Friendship 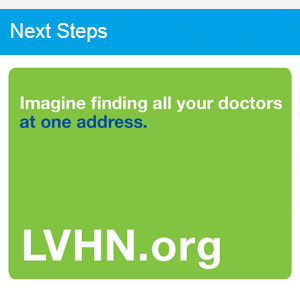