From Music to Medicine: Local Man Returns to Area as Doctor

Dan Benyo joins family to “give back to the people” 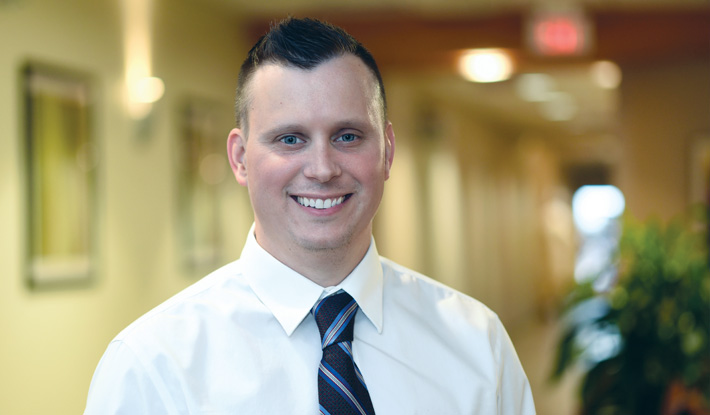 Unlike many doctors, medicine wasn’t Dan Benyo’s first profession. For several years in his 20s, he studied and worked in music engineering, recording and collaborating with musicians in Southern California, far from his birthplace in Drums, Pa.

But this didn’t last long after he posed himself a life-changing question one day while sitting on a beach looking out at the Pacific Ocean. “I asked myself, “Is there something more?” recalls the 35 year old doctor.

He wanted more contact with people, more stimulation and more reasons to get up each morning. He soon realized that meant following the path of his father, Philip Benyo, MD, and his brother, Philip Benyo, a physician assistant, into the medical profession.

In late September, Dan Benyo, MD, joined his family and LVH-Hazleton as a newly minted internal medicine physician. He sees patients in the Dessen Center, adjacent to the hospital’s Health and Wellness Center, in Hazleton. (He plans to move to the Lantern Lane office in Conyngham after the New Year.)

This followed four years of medical school at Commonwealth Medical College and a residency in internal medicine at the Penn State Hershey Medical Center, after he returned to Northeastern Pennsylvania.

Connecting past, present and future

“It’s a joy being back in the community and taking care of friends and people I know,” Benyo says. “I enjoy the mix of the personal and professional that being a doctor allows.”

He fondly remembers doing patient “rounds” in Hazleton General Hospital (now Lehigh Valley Hospital-Hazleton) with his father when he was in high school. He says following in his father’s footsteps will be special to him, as he has long admired Philip Benyo’s tireless commitment to his patients.

He hasn’t totally given up on music, though. He still plays his guitar occasionally and toys with the idea of reforming the band he played with in high school, belting out 90s and grunge tunes.

But that will have to wait, as he adjusts to the hours and rigors of being a doctor and the responsibilities of family life. He’s married, and he and his wife are the parents of two young children.

“I still love music,” he says, “But my family and my patients come first.”

From Music to Medicine: Local Man Returns to Area as Doctor