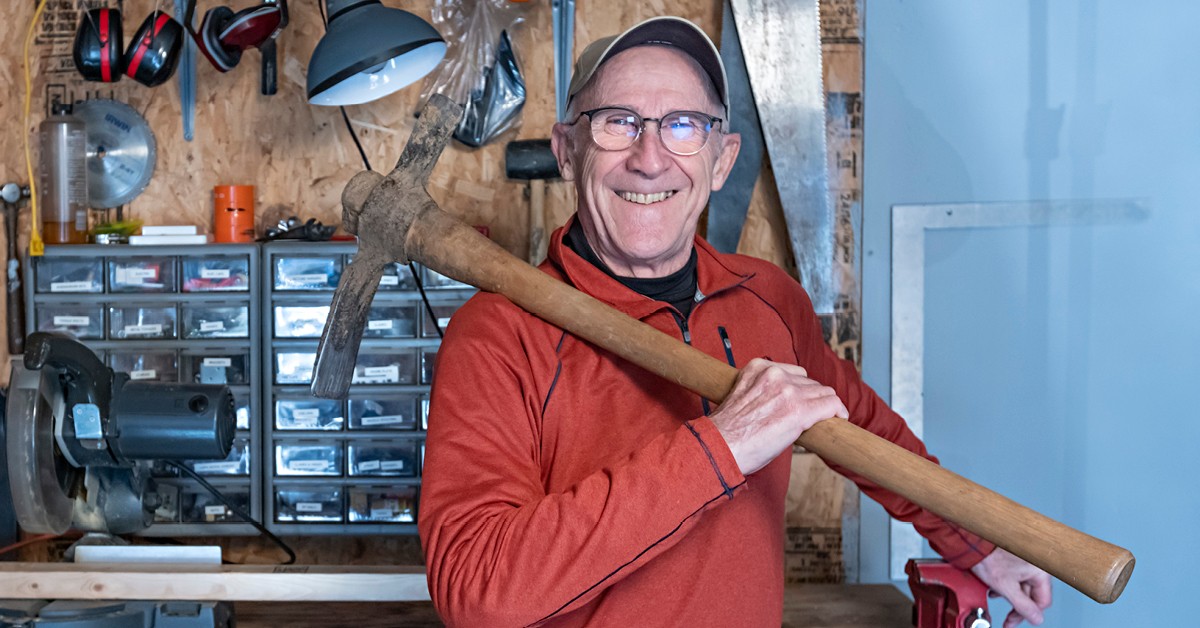 Going the Distance for Quality Care

When 76-year-old Ron Brehm fell while vacationing in Florida in 2019, he was initially relieved he caught himself before hitting the ground. However, the Palmyra resident’s relief was short-lived when he realized he dislocated his shoulder and damaged his wrist.

It wasn’t until two months after his fall that Brehm began to suffer from wrist pain. He was diagnosed with ulnar impaction syndrome, which is a painful degenerative wrist condition, along with distal radioulnar joint (DRUJ) arthritis. He was given several surgical choices to help correct the issue, and after careful consideration chose to have a DRUJ implant. “I wanted to regain my normal function and range of motion and this was the best opportunity to do that,” he says.

Brehm is no stranger to orthopedic surgery. Since 1968, he has undergone 19 orthopedic surgeries, most because of arthritis and sports injuries. He says one benefit of having undergone so many procedures is being able to make informed choices about his health care options.

“I knew that I wanted a DRUJ implant because that would give me the most normal wrist movement and there were only a few orthopedic surgeons that could offer that option. I wanted to make sure I found the best one,” he says.

Brehm, who lives near Hershey, had no problem traveling for the surgery and contacted all four surgeons who performed the procedure within a 70-mile radius. After calling a number of surgeons, he received a return phone call from Paul Sibley, DO, with LVPG Orthopedics and Sports Medicine. “I was immediately impressed with Dr. Sibley’s professionalism and caring attitude about my issue,” Brehm says.

“I really try to get back to patients when they have questions or concerns, and Ron seemed very knowledgeable about the procedure and had some very pointed questions I wanted to make sure he got answers to,” Sibley says.

After speaking to Sibley, Brehm made an appointment and ultimately scheduled his surgery through Lehigh Valley Health Network (LVHN). He was pleasantly surprised to be able to schedule his surgery within a month.

Brehm’s surgery was scheduled as an outpatient procedure, which meant he didn’t need to spend the night in the hospital. According to Sibley, the surgery generally takes around two hours. During the DRUJ replacement procedure, a prosthesis is implanted to replace the damaged distal.

Within just a few weeks, Brehm already was pain-free and ahead of schedule in his recovery. He encourages others to research their health care options. “All of the surgeons I initially met with had different solutions as to what I should have done and it was confusing. Dr. Sibley took the time to explain the procedure and even answered all of my questions and concerns along the way,” he says.

For more information on DRUJ implants or to schedule your visit, go to LVHN.org/handsurgery or call 888-402-LVHN (5846).

Going the Distance for Quality Care