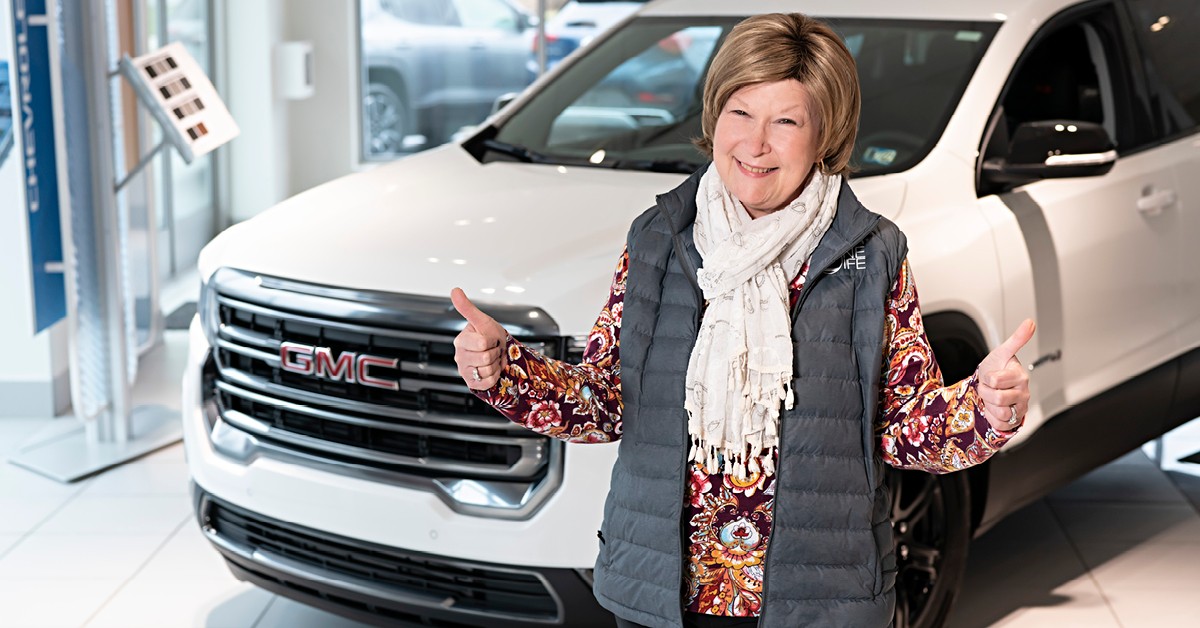 Sue Weaver, 58, always prided herself on being “healthy as an ox” and never missed a mammogram.

“I always took a lot of pride that I didn't take much medication, didn’t have diabetes, high blood pressure or cholesterol,” says the Pottsville resident. “And, I couldn’t have been more diligent about getting mammograms.”

In fact, she received a clean mammogram in February 2019. But one Friday night in July 2019, she felt a lump in her right breast. “I had an itch under my right breast and felt a lump,” she says.

Coincidentally, the following week she had a routine gynecology appointment, where she showed her provider the lump. Two days later, she had another mammogram. And within two weeks, Weaver had a biopsy and was given the news that she had a stage 1A hormone receptor positive, as well as HER-2 positive breast cancer.

Weaver began making phone calls to different providers, and a close friend recommended Lehigh Valley Cancer Institute surgical oncologist Lori Alfonse, DO, with LVPG Surgical Oncology. Alfonse performed a lumpectomy in August 2019. “I had no pain and took no pain medication at all for my lumpectomy,” Weaver says.

She then met with oncologists Nicholas Lamparella, DO, and Simi Rai, MD, both with Lehigh Valley Cancer Institute, about further treatment.

“Initially, Sue was torn about whether she wanted to be treated with chemotherapy,” Rai says. “We had many conversations about her cancer, treatment and prognosis. I was happy to see that she eventually decided to go with treatment, and I noticed a change in her attitude once she decided to be treated.”

Weaver says receiving care near home meant a lot. “That was such a huge blessing to stay local,” she says. And not just for treatments but critical emotional support. “They took my ‘ugly cry’ phone calls. I never felt rushed. They always took care of me.”

Rai recalls Weaver’s positive attitude. “She had a very positive attitude towards her treatment and took it all in stride. She refused to let cancer define her,” says Rai. “Her husband, Bob, was very supportive and kept her motivated. We were all so happy when she completed her chemotherapy and ‘rang the bell.’”

In February 2020, Weaver’s cancer treatment shifted to radiation therapy. She had 19 treatments, while simultaneously receiving targeted infusion therapy of Herceptin® and Perjeta® every three weeks. During that time, she recalls sweet memories with her husband, Bob, who would take her on car rides to get her out of the house.

“We ended up in areas of Schuylkill County that we’d never been to before, always on the hunt for chicken noodle soup, because it was all I could eat at the time,” she says.

Even though COVID-19 also was at its height, Weaver diligently continued her treatment. “I put my mask on, said a prayer, went in and got it done. I did not miss any treatment due to COVID,” she says. “And I never felt unsafe.”

She takes an estrogen-blocking pill every day, and sees her care team once every three months.

“My mantra was (and still is) ‘Grace for today’. I just had to do that day. I didn’t have to do tomorrow,” she says. “Anxiety is when we want tomorrow’s grace today. I just realized I shouldn’t be so worried about the future. God got me through it. I didn’t think I’d ever feel good again, but I feel pretty good now.”

And she hopes to help other women struggling with breast cancer. “In her follow-up visits, I was not surprised when Sue talked about giving back to the community. She donated to the cancer center, which I know has helped a lot of patients,” says Rai. “Her daughter, who has a wonderful coffee shop, also has sent food trucks with coffee for our patients. Her story of strength will no doubt offer reassurance to other women that they too can get through this.”

An annual mammogram is an important way for you to proactively take care of your health. Schedule your mammogram at LVHN.org/mammo.