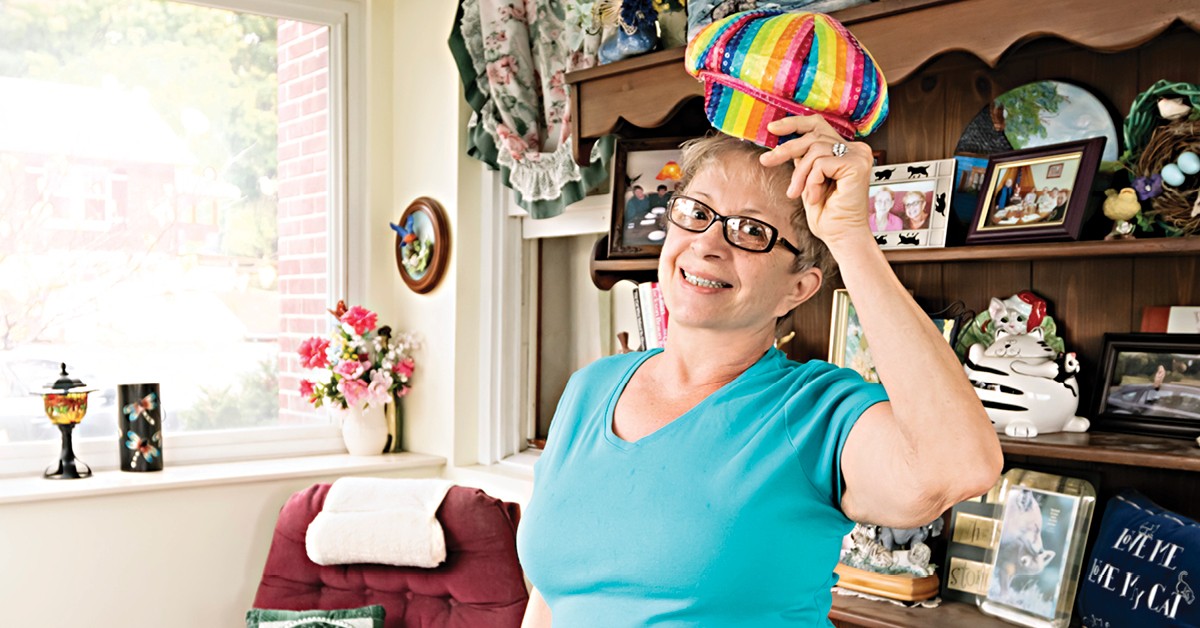 In the summer of 2019, Jane Arndt of Emmaus was happily enjoying fun-filled days at the local pool with friends and looking forward to her 73rd birthday bash in September. She felt great.

Then in August, Arndt got the shock of her life. One night in the bathroom she was horrified to see bright red blood in her urine. “I was very scared because I had no pain or fever, and I’d just gotten a clean bill of health from my primary care doctor,” she says.

A friend rushed her to the ER at Lehigh Valley Health Network (LVHN) where a PET scan revealed a mass on her bladder. Further testing in the following weeks suggested the tumor might be malignant. “I was devastated,” she says.

In mid-September, urologist James Johannes, MD, with LVPG Urology, performed a biopsy (transurethral resection) that confirmed she had bladder cancer. But it wasn’t the typical kind known as transitional cell carcinoma, which usually affects the entire bladder and requires its complete removal (radical cystectomy). Instead, Arndt had a rare type of bladder cancer called urachal adenocarcinoma that arises in a structure called the urachus connecting the belly button and bladder in a developing fetus. Normally it disappears before birth, but in some people it remains, occasionally turning cancerous in adulthood.

The diagnosis was serious, but there was positive news. Because urachal tumors typically grow in only one area of the bladder, Johannes explained she was a good candidate for minimally invasive robotic surgery to remove just the tumor (partial cystectomy).

“I’d been on an emotional roller coaster for weeks,” she says, “but now I felt hopeful.”

In October, Arndt met with urologist Angelo Baccala, MD, with Lehigh Valley Institute for Surgical Excellence. She was concerned about losing bladder function, but he assured her he would spare her bladder. He also informed her she was to be the first patient in the region to undergo bladder surgery using LVHN’s new da Vinci SP® single port robotic system. The health network is one of only a few in the country to offer this new technology that allows surgeons to operate through a single 1-inch incision, resulting in less pain, fewer scars and quicker recovery.

Encouraged, Arndt, who is known for wearing flamboyant hats, immediately went out and bought a multicolored hat for 50 cents at a rummage sale to bring her luck. She had her friends sign it, and on surgery day in November, Baccala allowed her to keep it with her during the procedure.

“With her good-luck hat beside her, we used our advanced robotic technology to precisely remove just the dome of her bladder containing the tumor, along with her belly button and all surrounding cancerous tissue,” he says. “There was no sign of disease left behind so she didn’t require chemotherapy or radiation, and because we kept her bladder intact, she can urinate as she did before.”

At Arndt’s first follow-up visit in February 2020, Baccala found no evidence of cancer. To celebrate and show her gratitude, she immediately handed him her special hat to sign.

“Dr. Baccala was wonderful to let me take my magical hat to surgery – I was absolutely blessed to have him,” she says. “Between his expertise and this new robotic system, you’re talking to me today. I’m very lucky.”