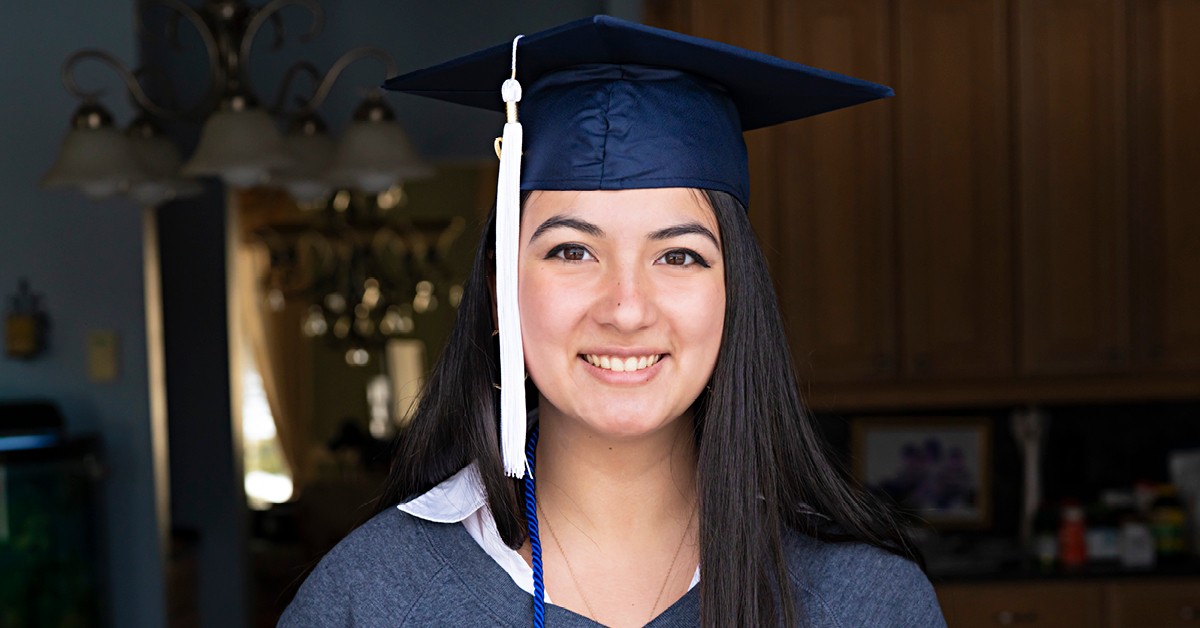 In March 2017, the future seemed bright for Natalie Mamrol, at the time a Penn State University Park freshman majoring in material science and engineering. Then came a night when she fell headfirst out of her upper-level bunk bed.

Evidence of a concussion, which is traumatic brain injury, appeared almost immediately. “For two days, I slept,” Mamrol says. “When I went back to class, my dizziness made it hard to concentrate, words swam on the page and I felt physically displaced. It was like an out-of-body experience.” So began an ordeal that would grind on for three years before she found relief with comprehensive treatment at LVPG Concussion and Head Trauma.

Mamrol knuckled down to complete her freshman year despite feeling tired, dizzy and confused. Back home in Perkasie, her primary care doctor suspected Mamrol was experiencing effects of a concussion. But Mamrol continued a busy student life, traveling between home, campus and internships in New York state and Houston. Care for her concussion was inconsistent and piecemeal.

“If you’re not treated with a comprehensive approach to concussion management, you’ll have an incomplete recovery,” says concussion specialist Daniele Shollenberger, CRNP, program director with LVPG Concussion and Head Trauma. “Each time you hit your head again, you can reactivate symptoms.”

Reactivation struck Mamrol that summer simply from diving off a board while swimming. “Hitting the water made my symptoms worse for a week,” she says. The following academic year, a minor knock to the head affected her more profoundly. “My vision really deteriorated,” she says. “I couldn’t read at all without getting sick.”

“About 70 percent of the brain is dedicated to vision, and information coming to the eyes in turn directs about 80 percent of sensory processing involving light, patterns, movement, balance and auditory signals,” says neuro-optometrist Heidi Sensenig, OD, with LVPG Concussion and Head Trauma. “Concussion diffuses throughout the brain, which virtually guarantees the injury will affect vision.”

Mamrol forged ahead with the help of therapeutic glasses. She cut back on exercise and socializing to get through classes. Finally, in July 2019, her symptoms became unbearable. “I couldn’t be on a computer more than a minute without becoming nauseous,” she says. “My dizziness gave me problems walking and talking, and driving was out of the question. It was scary, and I started having panic attacks. I thought I was dying.”

Her bright future darkening, Mamrol withdrew from college. “That’s when I went to Lehigh Valley Health Network’s concussion clinic,” she says. Years of intermittent care left her expectations basement-level low. “I was pretty jaded,” she says.

At LVPG Concussion and Head Trauma Program, her attitude began to shift when she met Shollenberger. “I liked her immediately,” Mamrol says. “She was optimistic that through different approaches, we could get me better if I was persistent and stuck with the process.”

Shollenberger, who has undergone specialized training to become a credentialed ImPACT consultant (CIC) who can offer state-of-the-art concussion management, even seemed to understand Mamrol personally. “In our first conversation, I said, ‘Please don’t talk to me so much, you’ll just make it worse,’” Mamrol recalls. “Rather than get angry because I was rude, she understood this is part of the concussion process. She was extremely empathetic and patient.”

Mamrol’s dizziness is what caused most of her other symptoms and was a key part of her treatment plan. “At LVHN, identifying and understanding what aspect of my vision was making me dizzy was really important to my recovery,” said Mamrol.

“The brain normally inhibits signals that aren’t needed,” Sensenig says. “If you’re in a store looking for tomato soup, the cans jump out at you but not the lights bouncing off the floor or the noise from announcements. With concussion, those filters are gone and all that information floods the system. It’s overwhelming.”

Vestibular therapy built Mamrol’s balance through activities such as standing on a steeply rounded surface while throwing or catching balls or walking while changing her gaze. Cognitive therapy addressed symptoms such as difficulty concentrating or remembering. “We played a lot of games that made me think while forcing my eyes to do some kind of task,” Mamrol says.

The process at times exhausted her. “But they did not give up on me,” Mamrol says. “They had a plan but were innovative in finding exercises that worked for me.”

In 2020, Mamrol went back to school and worked on her thesis. In December 2020, she graduated with honors and was named a College of Earth and Mineral Sciences Academy for Global Experience Laureate. “Because of my treatment, I can apply to grad school, which was a huge uncertainty before,” she says. "The future is bright once again."