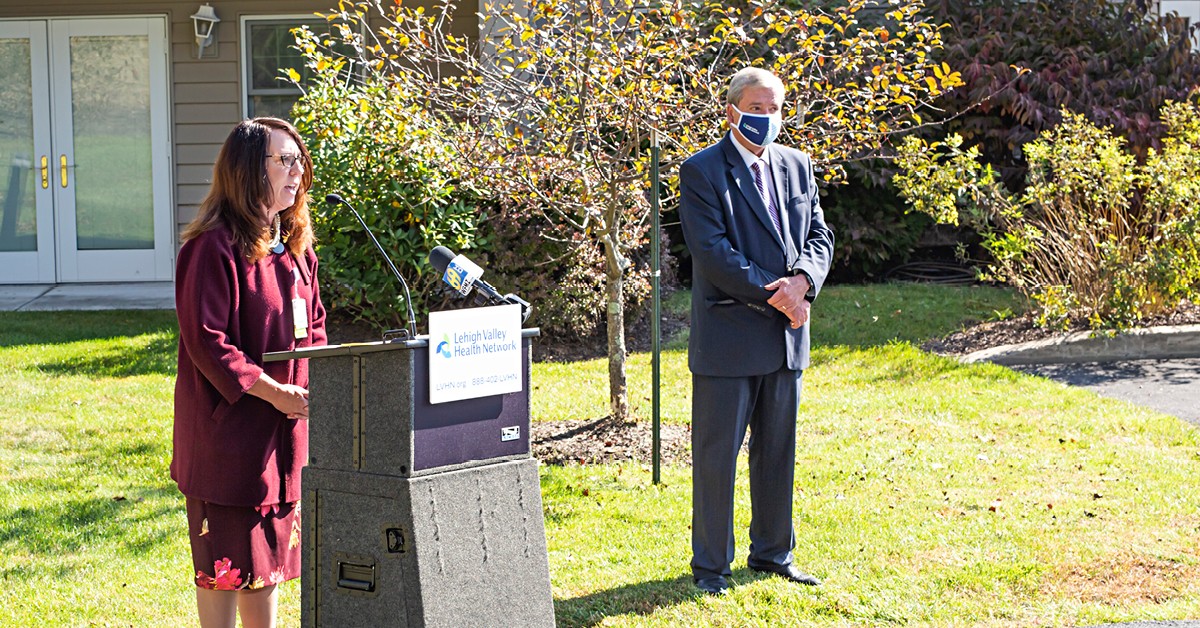 Hospice care in Monroe County has received significant support from the Poconos community. The community group that was formed to fundraise in support of the Monroe County Hospice House in East Stroudsburg, which reopened for inpatient care in September 2019, brought in more than $1 million in a year-and-a-half as part of the Hospice House–Today, Tomorrow & Always campaign. The group was recognized this week for achieving its goal by raising the money well ahead of its three-year goal.

“On behalf of Lehigh Valley Health Network and Lehigh Valley Hospital−Pocono, I want to commend those who took the lead on this project to achieve this fundraising goal in half the anticipated time, as well as those in the community who supported the effort,” said Elizabeth Wise, President, LVH−Pocono.

Mark Primrose, Esq., who chaired the community group, said there is more to be done to ensure future operation of the Monroe County Hospice House. “Since the short-term fundraising goal has been met, LVH–Pocono and the community will continue to work together to address financial challenges and grow the overall hospice program to achieve long-term sustainability while honoring the legacy of the Hospice House and its vital role in Monroe County.”