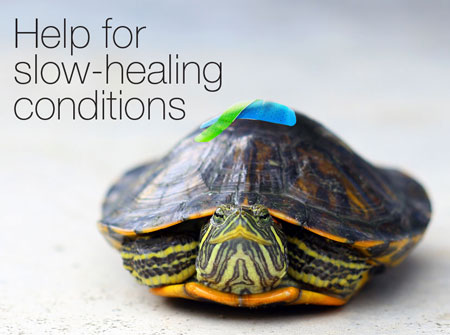 You have a wound that is taking a long time to heal. Maybe blood flow to that area is poor, or your tissues were damaged by radiation therapy. Hyperbaric oxygen therapy at LVPG Wound Healing–Muhlenberg may be the perfect solution to your problem.

Hyperbaric oxygen treatments are provided in pressurized chambers designed specifically to deliver 100 percent oxygen at a pressure higher than sea level for a designated period of time. It will increase the amount of oxygen in the bloodstream two to three times the normal amount, which can make a major difference in the healing of wounds and damaged body tissues.

“This process has been around for decades, since people began to understand how it helped deep-sea divers with the bends (decompression sickness),” Murphy says. “As the technology developed, it proved valuable in other ways, including in healing damaged body tissues and some wounds. The demand for it has increased over the years, and we’ve responded to that need. It’s been a valuable addition to the way we serve the community.”

Each treatment takes about 90 minutes. Best results have included about 30 treatments. The duration varies by the nature of the condition.

There are specific medical conditions for which hyperbaric oxygen therapy is used for treatment. Some of the more commonly known conditions include: