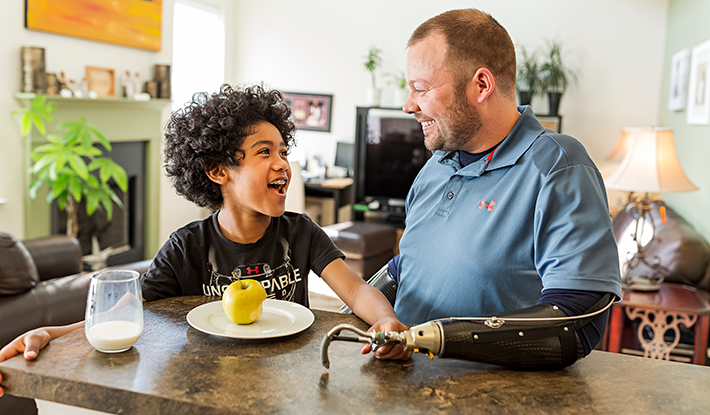 Feeling unwell one evening in June 2017 didn’t worry Clark Deardorff of Harleysville, Pa. “I thought I had a minor bug,” Clark recalls. It didn’t seem like the start of a life-and-death struggle that would change him and his growing family forever.

That view shifted the next afternoon. Sick at home, Clark called his wife, Celeste, at Merck, where they worked. “He thought he needed a hospital,” Celeste says. She found him grayish and delirious, and brought him to a local emergency room. “I felt he just needed some fluids and antibiotics,” Celeste says. Even when clinicians sent Clark by ambulance for more advanced care at Lehigh Valley Hospital (LVH)–Cedar Crest, “I wasn’t panicking,” Celeste says. Pregnant with a daughter due at month’s end and caring for their then-8-year-old son, Ares, she had plenty to think about and didn’t want to be unduly alarmed.

At LVH–Cedar Crest, Celeste learned Clark had a shoulder infection that doctors needed to surgically clear. She expected the procedure to take 30 minutes. Several hours passed. When a chaplain and two doctors finally approached her, she knew something was terribly wrong.

Support for the heart

During surgery, Clark had gone into cardiac arrest twice. Infection had entered his bloodstream, where bacteria triggered sepsis, a life-threatening condition that can cause organ failure and tissue death. “He was very sick,” says cardiothoracic surgeon James Wu, MD, with LVPG Cardiac and Thoracic Surgery.

Clark was put on VA ECMO – venous arterial extracorporeal membrane oxygenation at the recommendation of cardiothoracic surgeon Theodore Phillips, MD. “This technology drains blood from the heart, oxygenates it and pumps it back to the arterial system so it can supply major organs,” Wu says. Mechanically supporting Clark’s heart was critical to recovery. “His heart function was so poor that if we had waited any longer he would have died from heart failure before he died of sepsis,” Wu says.

It was June 17, Father’s Day. Whether the unconscious Clark would live to see his soon-to-be-born daughter was in doubt.

“I knew I was going to have to deliver the baby without Clark,” Celeste says. With help from open-heart unit nurse Lisa Forstburg, RN, Celeste rescheduled C-section delivery at LVH–Cedar Crest. “Lisa went out of her way to give me a tour of the facilities,” Celeste says. “To say the nursing staff helped us a lot is an understatement. They catered to our needs, and Lisa played a huge part.”

Forstburg felt equally impressed with Celeste. “I can’t imagine trying to be excited about having a newborn while your husband is clinging to life a few floors below you,” Forstburg says. “But she had zero intention of ever leaving Clark behind.”

Clark’s infection was destroying blood vessels and tissues in his extremities, and threatened to spread further. While preparing for childbirth, Celeste and family members who had rallied to their sides weighed grueling decisions about how – or whether – Clark would live if he lost limbs. “We had to move quickly,” Forstburg says. “The conversation was, ‘It’s not really a choice if he’s to survive.’ Celeste was adamant from day one that Clark could deal with whatever we needed to do to save his life.” 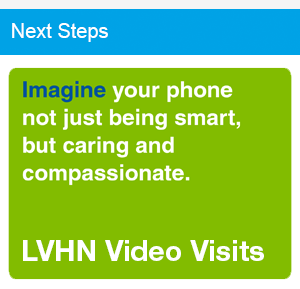