The Antidote to Too Much Screen Time 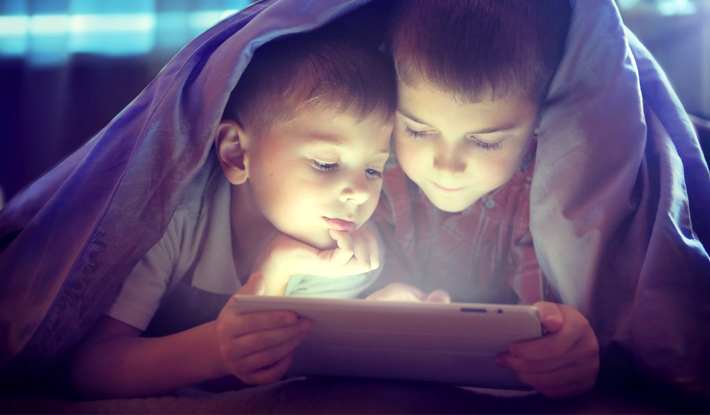 It isn’t unusual to see people engrossed with texts, binge-watching video content or flipping through social media posts on their mobile devices. So much small screen engagement has caused this generation’s version of neck pain: “text neck.”

But what about kids who seem to have a wireless device in-hand at all times? A recent scientific statement from the American Heart Association (AHA) says parents should be concerned if kids are absorbed with handheld screens day and night because it’s leading to increased sedentary behavior. According to the AHA’s statement, kids between the ages of 8 and 18 spend an average of 7 hours a day using a screen, including computers, smart phones and other mobile devices.

That much screen time can contribute to health problems in kids, and is a concern shared by pediatrician Kimberly Brown, MD, with the Children’s Clinic at Lehigh Valley Hospital–17th Street.

“In the last 5-10 years, screen time has gone way up – particularly in the form of phone and tablet usage,” Brown says.

While spending hours on a small device seems harmless, the lack of physical activity can contribute to overweight or obesity among kids, as well as cause interference with sleep and increase social isolation. In addition, Brown says there are other concerns. “Reading books is on the decline, and witnessing violence or inappropriately mature content in the media – especially without a parent providing context or limiting that exposure – is increasing among kids.”

If unlimited use of screen devices among kids is putting them at risk for current or future health problems, what is the answer?

“Parents can do a number of things including setting and enforcing limits to screen time, watching TV or internet-streamed shows with their children in order to monitor and interpret content,” Brown says. She also recommends not putting a television in a child's bedroom, and encourages parents to take away electronics at bedtime.

A fun and non-penalizing antidote to screen time is activity. “Young children should be playing – outdoors as well as indoors where they can read, play games, put together puzzles, create artwork, or have fun with imaginative play,” Brown says. “Older children should be engaged in outdoor play, such as organized sports or more casual play with friends, plus spending time reading, and participating in hobbies like art, music, cooking or building,” she says.

Coupled with parents who limit their own screen time, families can spend quality time interacting and having fun without a screen slowing them down.

The Antidote to Too Much Screen Time