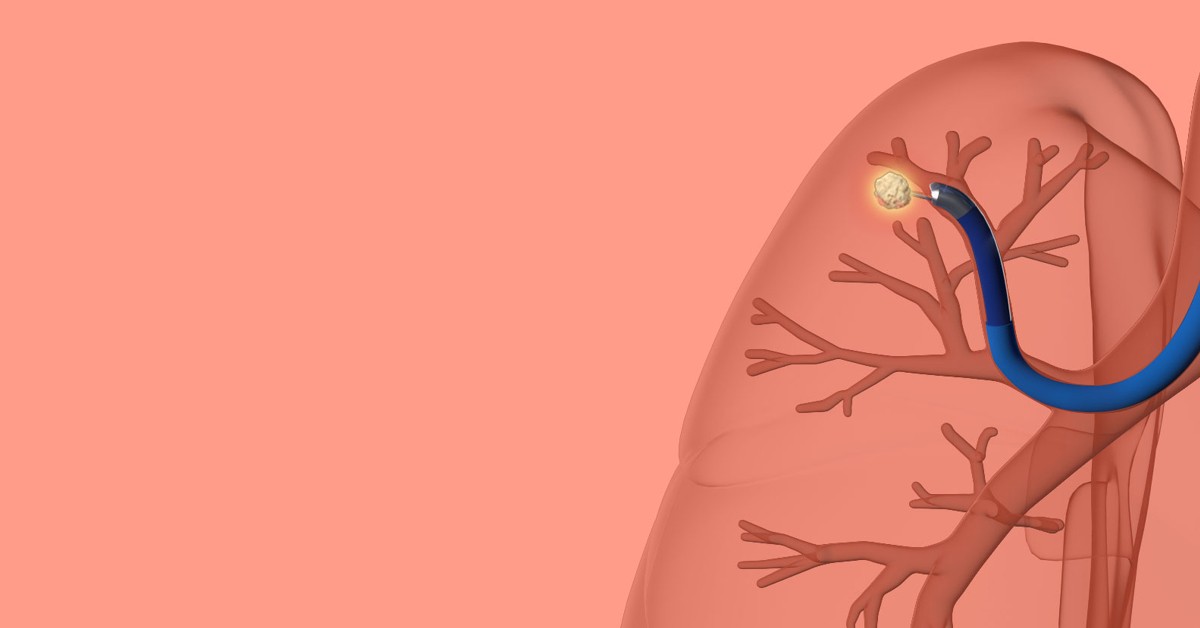 Lung cancer at its early stage often has no symptoms, meaning people find out they have it when it’s harder to treat and more deadly.

“That’s been the problem with lung cancer. At early stage, the vast majority of our patients do not have symptoms. Then it just grows and spreads. By the time you do have symptoms, it’s not early stage any longer,” says pulmonologist Robert Kruklitis, MD, PhD, with LVPG Pulmonary and Critical Care Medicine and Vice President of Transformation at Lehigh Valley Health Network (LVHN).

“It’s fair to say we’ve made tremendous advances with chemotherapy in terms of treating more advanced lung cancer. We still have a much better chance of curing an early-stage lung cancer,” Kruklitis says.

“It’s the only one in the region for sure, only one of a few units in Pennsylvania,” Chang says.

The Monarch Platform offers a handheld controller that a health care provider uses to navigate a flexible robotic endoscope. Using live video and computer-assisted navigation based on a 3D model of the person’s lung anatomy, the health care specialist gets continuous bronchoscope vision during the entire procedure. It allows for obtaining tissue samples to biopsy from anywhere in the lung, including small nodules in hard-to-reach areas, something earlier tools can’t do.

“The robotic platform is the next generation. Instead of using our hands, where we navigate using gross movements, the robotic technology allows the tip to be navigated using a joystick, and then this tip can be navigated direct to any point in any target in the lung,” Chang says. “The accuracy is far superior.”

Kruklitis says people who are ages 55 to 77 who currently smoke or who used to smoke should discuss lung cancer screening with their primary health care provider.

Lung nodules, which may or may not be cancerous, are found during lung cancer screening or incidentally because a person underwent a diagnostic test like a computed tomography (CT) scan or X-ray for another reason, such as the person fell on ice or was involved in a car accident, he says.

“For whatever reason you get your CT scan, we find many lung nodules accidentally. If a patient is found to have a lung nodule, the question is always the same: Is it possible that it’s a lung cancer? It’s always possible,” Kruklitis says.

“Some nodules, when we look at them, we’re really concerned, and some nodules, we’re less concerned. But in many cases, we’d like to know for sure. That’s where biopsy comes in,” he says.

Prior to this innovation, it wasn’t possible to reach some lung nodules, Kruklitis says. “Up until now, there have been some lung nodules that I don’t feel we’ve been able to successfully biopsy.”

So, people waited months before undergoing more tests to see if the nodules got larger, all that time not knowing if they have lung cancer or not.

“This technology will allow us to, in many cases, get a successful biopsy of a lung nodule,” Kruklitis says of nodules in hard-to-reach areas.

Richard Chang, MD, Chief of LVHN's Section of Thoracic Surgery, calls the technology a 'game changer' and allows for tissue sampling while being minimally invasive. "Ultimately, by having this available, it will not just be better to make early diagnosis of cases we think are cancer but to make a diagnosis of cases we’re not sure are cancer. Instead of waiting three to four months and redo the CT scan, we can do a biopsy and get the diagnosis. If it’s cancer, then we go straight to therapy.”

Kruklitis reminds people that it’s best to prevent lung cancer by never smoking or to quit smoking if you’re a current smoker.

“That’s better than me finding an early cancer. We prefer that nobody have a cancer,” he says.

People with lung cancer have a better chance of survival if it’s discovered early, Kruklitis says.

You may be eligible for a low-dose CT screening. Take a free online assessment at LVHN.org/lungscreening.