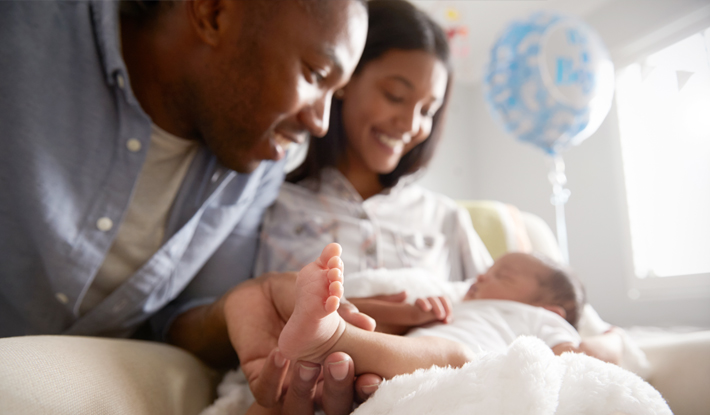 What’s in a name? Well, there’s certainly something about Emma. For the third year in a row in 2018, that’s the most popular girls name given newborns at Lehigh Valley Hospital (LVH)−Cedar Crest and Lehigh Valley Hospital (LVH)−Muhlenberg. Actually Emma tied as the most popular name for girls last year with Olivia. But Emma has claimed or shared the top spot three straight years.

As the year winds down, the trendsetting name on the boys’ side among the more than 4,500 babies that have been born at the two sites in 2018 is Jackson with various spellings. But unlike with girls, Jackson did not appear among the top name choices for boys either of the past two years. Last year, Liam was the No. 1 pick by parents who had a boy and in 2016 the top selection was Mason with Liam coming in second. Oddly enough, Liam doesn’t make the top ten on the list for 2018.

Other top choices for girls in 2018 were Isabella, Olivia, Riley, Harper and Sophia. Popular among boys this past year were Jacob, Logan and Ethan, all high on the list in 2017 and 2016 as well.

One boys’ name that hasn’t shown up on recent lists, but jumped to the fifth spot on the LVH list in 2018 was Carson. No doubt the name’s popularity rose in this region because of Philadelphia Eagles quarterback Carson Wentz.

Here are the lists of the top five names picked among both boys and girls in 2018 and how they compare to the top five selected in 2017 at LVH−Cedar Crest and LVH−Muhlenberg:

Looking at another Lehigh Valley Health Network (LVHN) hospital campus, the name trends are a bit different. At Lehigh Valley Hospital (LVH)−Schuylkill Grayson was the most popular boys name in 2018 among more than 600 overall births. Four other names tied for second: Michael, Carter, Connor and Jordan. Among girls, Scarlet was No. 1 followed by Adelyn and Sophia tied for second and Olivia and Savanna tied for third. A couple of the more unique choices that also were popular in that region included Serenity among girls and Colt for boys.