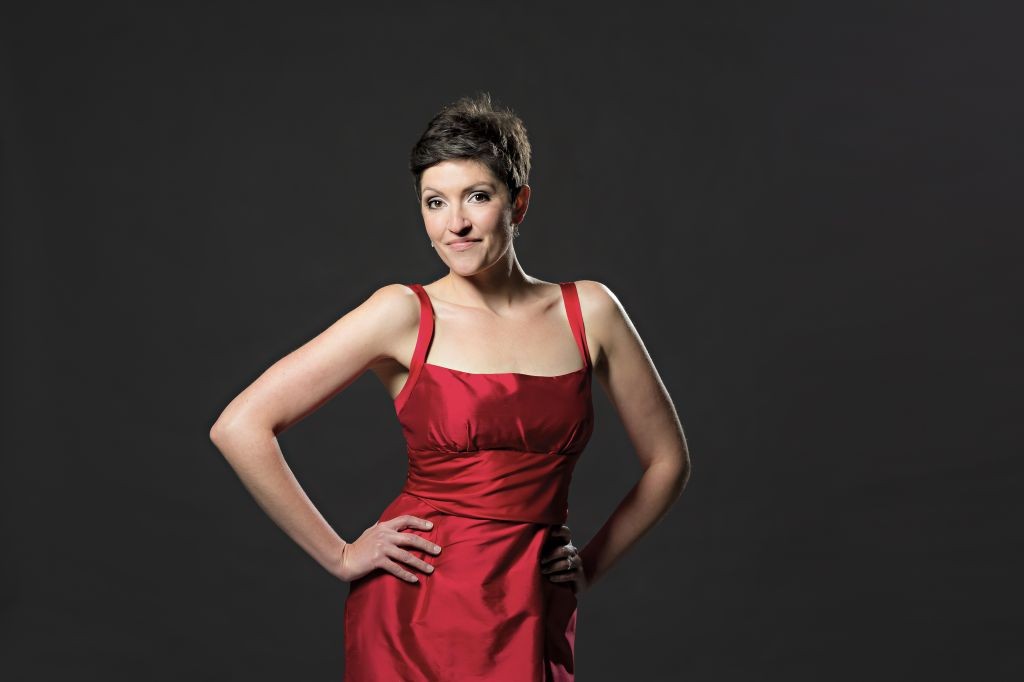 For Cook, the pain began as a teenager during menstruation. At 17, she went on the birth control pill to manage her menstrual symptoms. Yet when she went off the pill in her late 20s, the pain came roaring back.

“It was excruciating,” says Cook, now 34, of East Stroudsburg. “I felt like I was being stabbed. It was absolutely crippling.”

A CT scan revealed a plum-sized mass on her left ovary and bowel. That’s when she was referred to LVPG Gynecologic Oncology.

Martino and his team performed da Vinci® robotic surgery to remove the benign mass, which had grown to 10 cm in just two weeks. Then Martino found another problem. Cook had Stage 4 endometriosis, including thick adhesions throughout her pelvic region on her uterus, ovaries, ureter, bowels and bladder. It was the worst case Martino had ever seen.

Endometriosis occurs when endometrium tissue that normally grows on the inside of the uterus instead grows on the outside, often covering the ovaries, fallopian tubes, bowels and abdominal wall. When the tissue sheds during menstruation, the blood has nowhere to go, causing inflammation, swelling and pain. It’s a chronic condition and one of the leading causes of infertility.

“We removed the endometriosis and did a debulking procedure (partially removing the tumor),” Martino says. “We also rebuilt her pelvic anatomy and were able to spare her fertility so she could start a family.”

After the surgery, Cook and her husband Ryan had one round of in vitro fertilization (IVF). Their daughter Peyton was born at LVH–Cedar Crest. But just months after Peyton’s birth, the pain returned, and she found blood and mucus in her stool. The endometriosis was spreading again, this time affecting her bowel region.

“It’s such a horrible disease,” Cook says. “As a teenager the pain occurred during menstruation, but as an adult it was constant.”

Cook tried birth control and anti-inflammatories to manage her condition. Yet the new mom’s quality of life still suffered. That’s when she sought out Martino a second time.

“I was holding out on a total hysterectomy because I wanted another child, but it just wasn’t in the cards,” Cook says. “I went back to Dr. Martino because I knew I would recover quickly from robotic surgery. It was the right choice.”

On Sept. 1, 2015 Cook underwent a second minimally invasive surgery with Martino and LVHN colon-rectal surgeon Robert Sinnott, DO. The team removed her uterus, cervix and remaining fallopian tube – but spared her right ovary to give her the hormonal benefits of estrogen. And Sinnott preserved her colon.

“Endometriosis on the colon, uterus and ovary caused a significant narrowing of the bowel,” Sinnott says. “We didn’t remove the colon. Instead, we relieved the blockage by separating the endometriosis from the colon. That resulted in a much shorter hospital stay and recovery.”

Cook returned to work just two weeks after surgery. Within a month (on October 3, 2015), she sang at Nite Lites before a crowd that included her physicians.

“My team of doctors was amazing,” Cook says. “My mom suffered from undiagnosed endometriosis for years. She was surprised that I was up and moving around within two days. I’m pain-free now, and my symptoms are gone.”