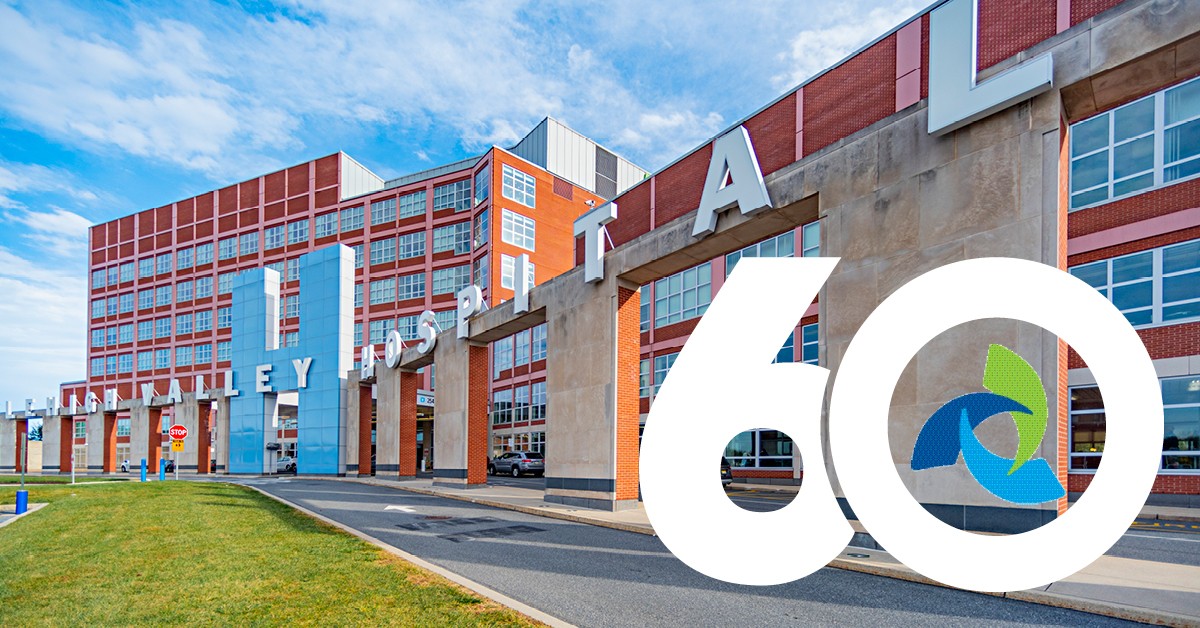 On a sunny Saturday, April 23, 1961, the Rev. Dr. Charles M. Cooper, President of the Lutheran Ministerium of Pennsylvania, stepped to a podium erected on a terrace next to what is now Lehigh Valley Hospital (LVH)–Muhlenberg and formally dedicated the first unit to be opened at the new Muhlenberg Medical Center, known as the Hospital for the Chronically Ill.

It takes a village

It was the culmination of a movement that began in March 1955 and involved the tireless efforts of countless people, including those from more than 100 Lutheran churches throughout the greater Lehigh Valley area. The 192-bed facility on Schoenersville Road, just west of the Lehigh-Northampton county line, would become the fifth hospital in the two-county area along with Allentown Hospital and Sacred Heart Hospital in Allentown, Easton Hospital in Easton, and St. Luke’s Hospital in Fountain Hill.

“What a wonderful moment for the entire Lehigh Valley,” says Bob Begliomini, PharmD, MBA, President of LVH–Muhlenberg, which has been celebrating the 60th anniversary of the dedication in recent weeks. “So many people were involved in making Muhlenberg Medical Center a reality. Many of the Lutheran parishioners went door to door throughout the area to gather support for this dream.”

The dedication has been recognized by the Bethlehem Chamber of Commerce, which will be presenting LVH–Muhlenberg a Milestone Award commemorating a significant occasion in Lehigh Valley history.

The Lutheran Church has long had a history of supporting institutions dedicated to the welfare of the community. In the early 1950s, national church leader Dr. Gustavus Bechtold of Philadelphia initiated a survey of the entire Lehigh Valley to determine if a need for another hospital existed. The Muhlenberg Medical Center Articles of Incorporation would eventually be signed by 80 people July 3, 1956, at Rosemont Lutheran Church in south Bethlehem. Those articles included the following principle:

“To establish and maintain a public hospital in which medical and surgical aid and nursing shall be provided for the sick and disabled of any age, sex, color, creed and nationality.”

Muhlenberg Medical Center would be named after Henry Melchoir Muhlenberg, a German Lutheran pastor who is considered the father of the Lutheran Church in the U.S.

The formal dedication in 1961 was the highlight of seven days of celebration that included facility tours by more than 18,000 people. The first patient was admitted to Muhlenberg Medical Center May 8, 1961. A little more than 21 months later (Feb. 23, 1963), the center welcomed the 1,000th patient.

“I’m proud to say all of us at LVH–Muhlenberg continue our mission to heal, comfort and care for the people of our community in the tradition established by our founders,” Begliomini says. “We look forward to another 60 years of that service to the Lehigh Valley.”

Artifacts, including the 148-page Dedication Book from 1961 as well as yearbooks, photos, newspaper clippings and architectural drawings related to the dedication, were on display during a recent celebration at the hospital. The artifacts are the property of the Auxiliary of LVH–Muhlenberg, which has supported hospital endeavors since it was formed in 1956.