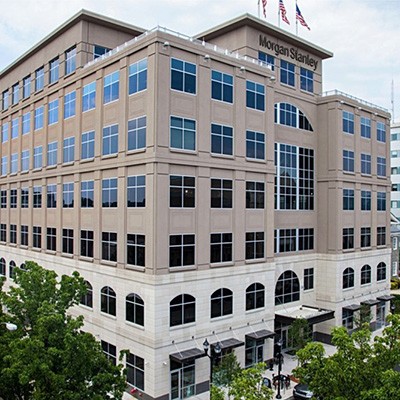 The employees will be moving from the 1245 and 1247 buildings in Cedar Crest Professional Park in Salisbury Township once LVHN’s leases for those offices have expired. They will be moving into a total of 81,000 square feet of space across three floors in the downtown Allentown location. A long-term lease at Three City Center has been approved by LVHN’s Board of Trustees.

“Thanks to favorable lease rates offered through the NIZ, LVHN will be able to reduce network operating expenses with this move,” said Brian Nester, DO, MBA, LVHN’s President and Chief Executive Officer. “It gives us the opportunity to move into state-of-the-art, energy-efficient office space, which will result in even more cost savings. It also helps us to establish more of an LVHN presence in the downtown Allentown area.”

In addition to providing services at Lehigh Valley Hospital-17th Street since its founding in 1899, LVHN began its venture into the center city area in 2014 when it opened a 25,000-square-foot, state-of-the-art sports medicine, sports performance and fitness location at One City Center, a seven-story office building adjacent to the PPL Center arena. It occupies five floors and includes sports performance, sports medicine, sports nutrition, concussion management and rehabilitation services. Since then, several LVHN departments have moved to office space at One City Center.

“From the beginning, LVHN has been committed to the revitalization effort that has been transforming downtown Allentown for a number of years now,” Nester said. “We’re honored to be able to play a role in that effort.”

“As the largest healthcare provider and employer in the region, LVHN plays a key economic development role in the Lehigh Valley and downtown Allentown. LVHN continues to take a major leadership role in the transformation of the city, and their commitment to the downtown Allentown community is vital,” said J.B. Reilly, cofounder and president of City Center Investment Corp. “City Center is excited that LVHN has chosen to grow downtown, and we’re confident their employees will enjoy the vibrant environment here.”

According to FORTUNE magazine, Allentown is one of the “10 Best U.S. Cities for Finance and IT Operations.”