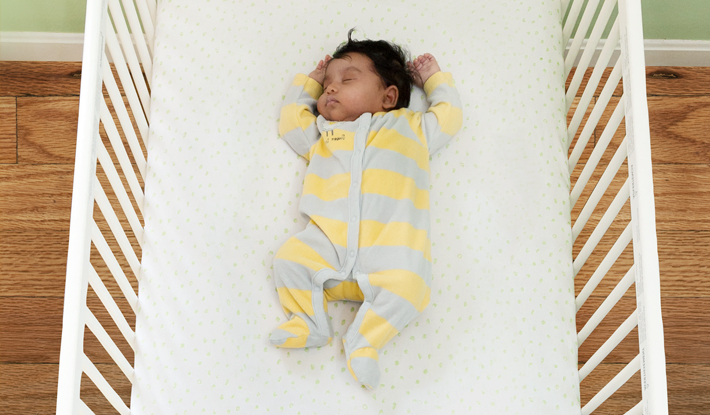 Sudden Infant Death Syndrome (SIDS) and other causes of sleep-related deaths decreased dramatically since the first safe sleep initiatives were launched in the 1990s, according to the American Academy of Pediatrics (AAP). But in recent years the numbers seem to have leveled off.

In response, the AAP has crafted a new set of guidelines designed to combat the risks of sleep-related deaths among infants. A Lehigh Valley Health Network pediatrician who attended the AAP National Conference and Exhibition in San Francisco earlier this week where the guidelines were public released in the academy's policy statement and technical report has expressed his opinions about those guidelines.

“Honestly, I think they’re primarily designed to generate more awareness of sleep related problems in newborn babies,” says Sanjeev Vasishtha, MD, of LVPG Pediatrics–Bethlehem Township. “Obviously they are well-intentioned as we’re talking about conditions such as SIDS which cause 3,500 deaths a year. But care also should be taken to better educate the new parents about how to feed the baby, safer ways to do skin-to-skin contact and safety in the sleep environment of the newborn as well.”

Perhaps the most significant recommendation suggested parents should share their bedroom with the infant for at least six months of life and optimally up to a year, adding the child should sleep separately in a crib or bassinette.

The AAP report also advocated skin-to-skin care, regardless of feeding or delivery method, immediately after birth for an hour or more as soon as the mother is medically stable. Breastfeeding was recommended as an additional protection against SIDS. After feeding, parents are urged to move the baby to his or her separate sleeping space, preferably a crib or bassinet in the parents' bedroom. The report suggested feeding on a bed if there was the slightest possibility of the mother falling asleep, and then if the mother did fall asleep, to return the baby to the crib as soon as she awoke.

“Sharing the bedroom may not be practical in some cases due to space restrictions, but more important is to remember to return the baby to the crib after breastfeeding is done,” Vasishtha says. “If the mother is tired, under the effects of sedative medications for example, I believe the baby should be placed back in the crib.”

Other recommendations included avoiding the use of baby monitors or other similar commercial devices, and supervising awake “tummy time” (which helps improve head, neck and shoulder muscles as well as motor skills) to assist development. “Baby monitors are not effective ways to prevent SIDS, and all tummy time should be supervised,” Vasishtha says.

Vasishtha believes the overall tone of the report was likely in response to an effort to encourage more skin-to-skin contact, which also seems to increase neurodevelopment in the baby, as well as facilitate breastfeeding. Are parents heeding this advice? A study released in August that suggested that many as 90 percent of parents aren’t following the guidelines to reduce the risk of sleep-related deaths.

“I do believe the guidelines overall are intended to be something of a wake-up call for parents and for pediatricians as well,” Vasishtha says. “I can tell you a ‘sleep rounds’ protocol is in the process of being initiated at Lehigh Valley Hospital–Cedar Crest in order for the staff to make sure these guidelines are followed in the patient rooms.”

Vasishtha sees the guidelines having a positive impact on families as well.

“If it helps more people to remember not to have soft items in their infants’ cribs, then it’s certainly had a positive impact,” Vasishtha says. “The guidelines also include what I consider the backbone of my advice to parents, which is to make sure the baby sleeps on his or her back as the main way to reduce the risk of SIDS. Even if the baby is more comfortable sleeping sideways or on the tummy, gently roll them to the back after they’ve fallen asleep. That’s very important.”