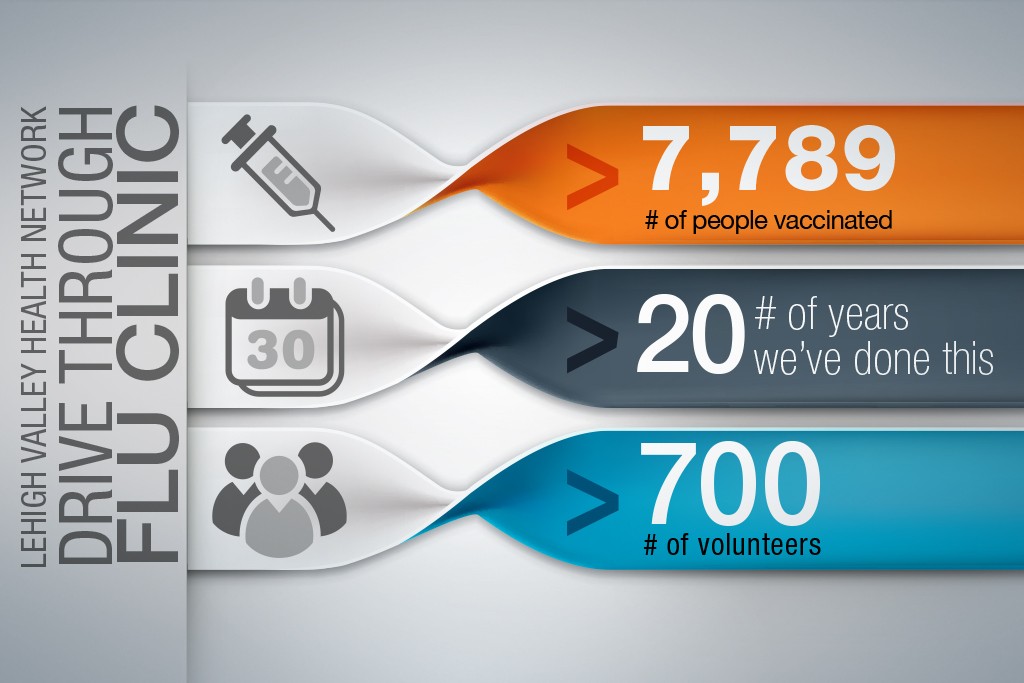 A total of 4,707 shots were administered at Dorney Park on Saturday and another 3,082 vaccinations were given at Coca-Cola Park on Sunday to adults and children 6 months and older. Additionally, 12,400 pounds of food was collected at both clinics for donation to area food banks. More than 700 LVHN volunteers joined LVHN health network physicians and advance practice clinicians in the two-day effort.

LVHN has issued more than 150,000 flu shots since the first free flu shot clinic in 1997 when it was launched primarily to give people with physical disabilities easy access to vaccinations. That year, about 100 people took advantage of the free flu shots.

This year’s quadrivalent vaccine protects against four types of influenza – two type A viruses and two type B viruses. They are:

According to the Pennsylvania Department of Health, it is estimated that 600,000 to 2.4 million Pennsylvanians get the flu each year. As of Nov. 4, 325 cases of flu had been reported throughout the commonwealth thus far during the current flu season, which officially runs from Oct. 1 through May 19. Northampton County had reported 29 cases, the third-highest incidence among the 67 state counties. Montgomery County had reported the most with 34. There had been 11 cases reported in Lehigh County.