More than a Meltdown: How Your Child’s Sleep is Tied to Behavior, Development, and More

Saying you slept like a baby is short-hand for getting great shut-eye. But many children don’t get the quantity or quality of sleep they need, with sometimes surprising consequences. 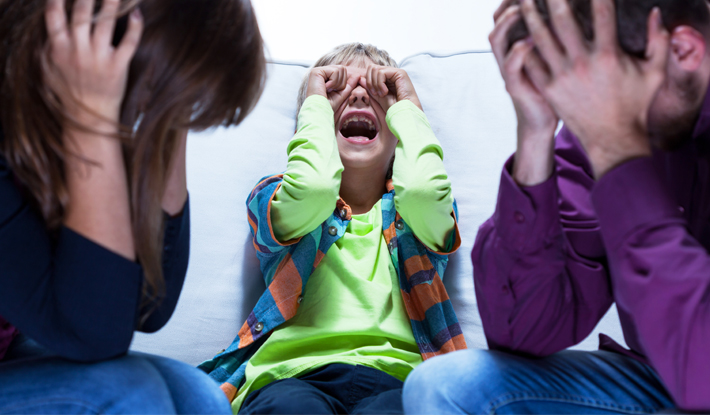 Recent research finds, for example, that children with attention-deficit/hyperactivity disorder (ADHD) are more likely to have sleep disorders such as sleep apnea, along with difficulties such as trouble drifting off, fragmented slumber and daytime fatigue than children without ADHD. Sleep apnea causes breathing difficulties that can disrupt slumber throughout the night.

The chicken-and-egg question of whether ADHD contributes to sleep difficulties or vice versa is unresolved. “What’s clear is that sleep is an essential part of overall health whether you’re 1 or 80,” says Sameh Morkous, MD, child neurologist with Lehigh Valley Reilly Children’s Hospital and medical director at LVH Pediatric Sleep Disorders Center. Yet poor sleep can affect children differently than adults and cause problems with potentially lasting impact.

A bad night’s sleep makes people tired regardless of age. But tired adults tend to be lethargic and low-key. “Tired children are the exact opposite,” Betz says. “They become more hyperactive, have shorter attention spans, tend to overreact emotionally and find it more difficult to calm down or focus.”

Behavioral problems can arise as a direct result of being sleep-deprived. “And also if the child already has a behavioral issue like ADHD, lack of sleep can make that issue worse,” Morkous says.

Poor sleep is tied to learning difficulties for reasons beyond a lack of focus. “During sleep, the brain processes what you’ve learned throughout the day and organizes information so you retain what’s most important,” Betz says. “When kids don’t sleep enough, they have more trouble forming memories and filing them away.” Academic performance can suffer.

Slumbering young brains also perform developmental functions such as releasing growth hormone. “When children don’t get good sleep, we worry about developmental delays in acquiring skills such as walking, running, saying ‘Momma’ or ‘Dada,’ or putting words together to form sentences,” Morkous says. “It may even slow growth.” Lack of sleep also has been linked to increased risk of childhood obesity.

“Talk to your pediatrician about how much sleep your child needs,” Morkous advises. “Parents are often surprised.” An infant, for example, should sleep 12 to 16 hours a day and a teen for 8 to 10 hours. “Naps shouldn’t be necessary after about age 5,” Morkous says. Children who log enough hours of shut-eye but act cranky or perform poorly during the day may not be getting enough sleep for their age. They also may have a sleep disorder, often sleep apnea. Signs to watch for sleep apnea beyond daytime difficulties include snoring, waking during the night with breathing trouble and obesity. “These may indicate the need for a sleep study,” Morkous says. A sleep study measures breathing patterns, heart rate, muscle movements and can be done at LVH Pediatric Sleep Center.

A diagnosis of sleep apnea may be addressed in some children with surgery to remove the adenoids and/or the tonsils. “Removing this fleshy tissue in the nose and the mouth usually stops airway blockages that disrupt sleep,” Morkous says. Losing weight is always a good secondary goal in obese children.

Sometimes poor sleep habits are to blame. “Sleep is the first thing busy families steal from to carve out extra time,” Betz says. Make sure children don’t have electronic devices in their bedrooms. “We’ve had concerned parents discover that even though their children spent plenty of time in bed, they spent half of the night on their phones after mom and dad turned in,” Betz says.

“Have kids turn in and wake up at the same times every day, set an alarm clock to remind you of bedtime as well as wake-up, develop a consistent bedtime routine and have kids begin winding down at least a half-hour before hitting the hay, which helps prepare brains and bodies for sleep,” Morkous recommends.

Sleep studies are available for kids and adults. Call 888-402-LVHN (5846) to learn more about sleep studies near you.

More than a Meltdown: How Your Child’s Sleep is Tied to Behavior, Development, and More