Plan Ahead and Stay Healthy on Your Next Trip 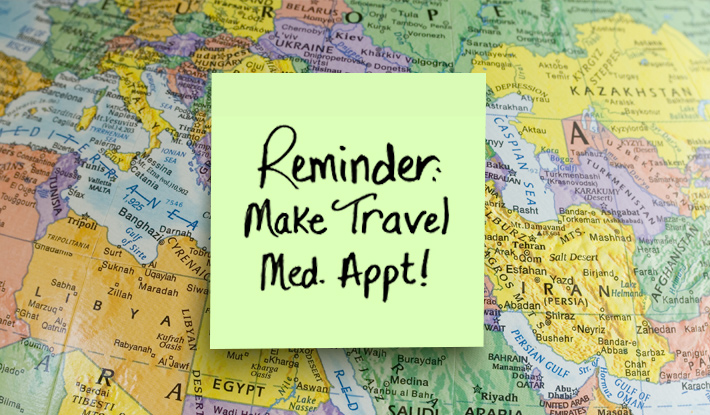 About the author: Mark C. Knouse, MD, Chief, Division of Infectious Diseases, believes each patient should be treated with the best scientific technology, but also with as much compassion as possible. His goal for every day on the job is to combine the best of science and the art of medicine.

Going on a trip soon? Whether you’re going to a cabin in the Poconos or a destination halfway around the world, you should take some steps to avoid possible health problems.

It’s just a matter of thinking ahead a little bit. A lot depends on your age and health history, where you’re going, how long you will be there, whether it’s a rural area versus an urban area, and how developed the country is if you’re traveling outside the U.S. Some preparation can eliminate potential risks.

When traveling abroad, it’s important to have your routine immunizations up to date, including tetanus boosters and flu shots. There are other immunizations you may not even consider, but which might prove critical for travel to certain countries.

A good example if you’re traveling to some areas of Europe or Asia now, you could be at risk for measles if you don’t have your full immunization schedule completed. Many people in the U.S. aren't even aren’t even aware they don’t have all of their immunizations completed

Watch out for the mosquitoes

Usually just touring a major city in Europe won’t present much in the way of health risks. But people visiting family or friends in less developed countries could be at risks they wouldn’t expect. They should consult with a doctor about risks in that particular area.

We’re talking risks like malaria. Anti-malarial treatment taken before your trip could guard against this serious mosquito-borne illness. Yellow fever, prevalent in areas of South America and Africa, is also spread by mosquitoes, but can be stopped by an immunization received ahead of time. If you’re going on a safari or plan to hike in an exotic locale, talk to a travel medicine specialist for advice about health risks, immunizations and documentation you may need to travel there.

Are you at health risk?

People who are generally at more health risk – senior citizens, people with a chronic illness or an immune disorder, women who are pregnant and children – should get themselves checked out before going on an extended trip abroad. It’s always a good idea to take along your health insurance cards after reviewing them to see what types of things will be covered outside the U.S., as well as an international certificate of vaccination –known as a Yellow Card – which may need to be presented at border crossings. Evacuation insurance is another item you may need to investigate.

Depending on where you’re going and for how long, there are several things the average person may not consider. It’s usually wise to check with a health professional on what you need.

There are things you should take along on every trip, regardless of where you go. Some essentials include:

The list can vary depending on where you’re going and what you’re planning to do. Essentially, you’re taking things along to save a trip to a drugstore at your destination or along the way as you’re traveling. Families with children, it’s always best to be prepared.

To learn more or make an appointment with one of our travel medicine specialists go to LVHN.org/travel.

Plan Ahead and Stay Healthy on Your Next Trip 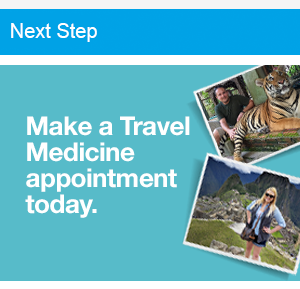