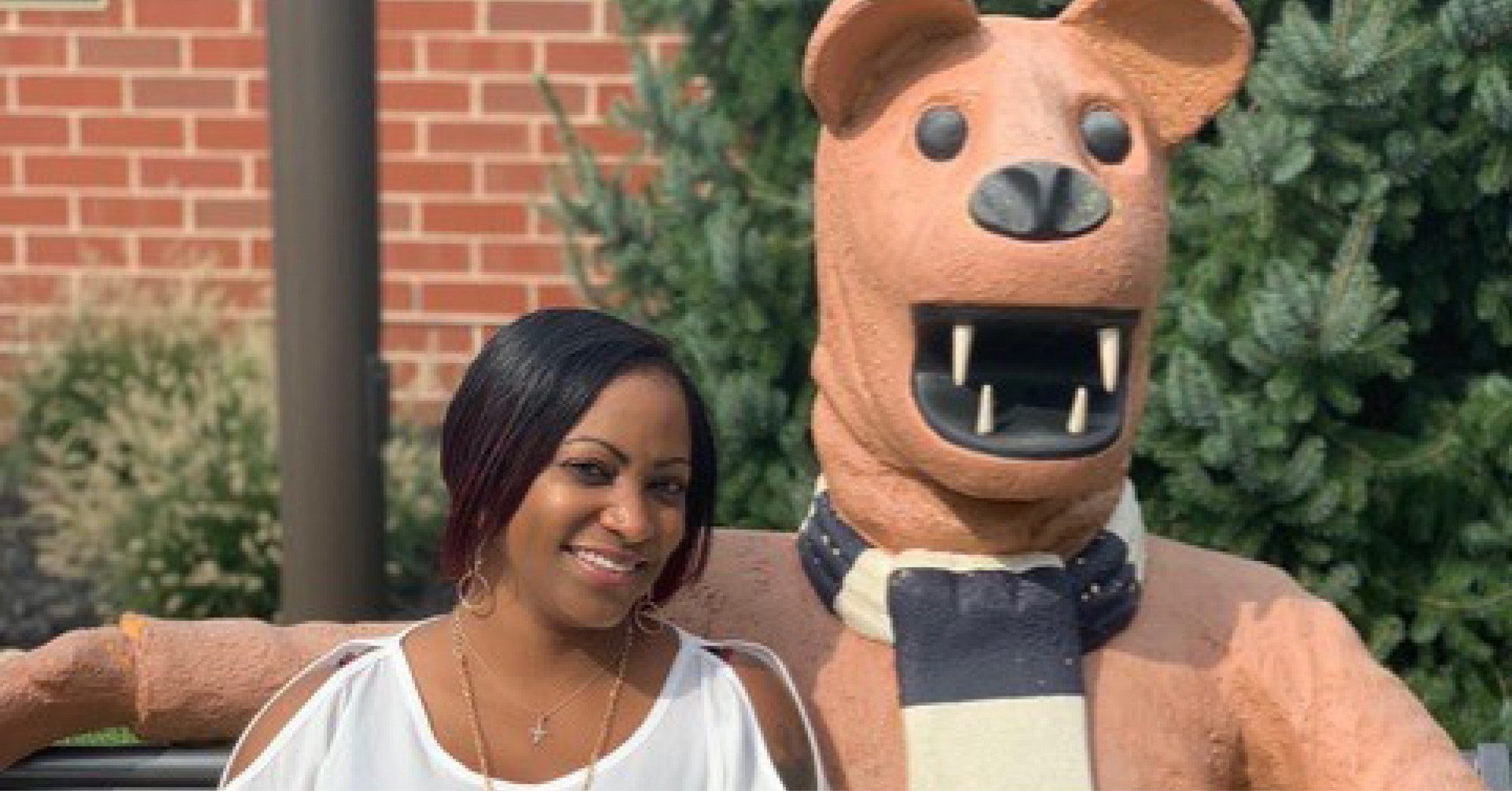 Saschelle Mandoza’s emotions were swirling, and it was hard to take in what she was hearing: She had breast cancer – seven distinct masses in her left breast. “I was only 32,” she says of that overwhelming moment in December 2019. “The left side was completely full of tumors. I thought, ‘This just takes the cake.’”

She had reason to strike a note of exasperation. She’d already had two tough previous years during which symptoms such as achy joints, muscle weakness, migraines, dizziness and blurred vision had convinced her that something was wrong. It turned out there were multiple somethings. And she had no idea that restrictions from the coming COVID-19 pandemic would pose further challenges.

In August 2018, a magnetic resonance imaging (MRI) study discovered Mandoza had a brain tumor along with a brain aneurysm – a bulging blood vessel that poses a risk for bursting and bleeding. The tumor was benign, and the aneurysm wasn’t yet large enough to treat, so both would need to be monitored.

A month later came a bigger blow: Mandoza was diagnosed with undifferentiated connective tissue disease, an autoimmune condition in which the immune system attacks healthy tissue such as joints. “When I have a flare-up, I can barely get out of bed,” she says. Medication helps keep her symptoms under control.

Meantime, Mandoza was furthering her education. She had completed a two-year program at Lehigh Carbon Community College and was pursuing a bachelor’s degree in corporate communications at Penn State Lehigh Valley.

Then a new symptom began bothering Mandoza: left breast pain. Tests that her rheumatologist ordered couldn’t explain it. After she happened upon a display about breast cancer and self-exams at Penn State, she detected a lump. A discussion with her gynecologist quickly led to an ultrasound, mammogram and multidisciplinary cancer clinic appointment at Lehigh Valley Cancer Institute.

“Usually when we see an abnormality in a young person, we’re able to do a lumpectomy, which is a small surgery,” says Heiwon Chung, MD, chief of Lehigh Valley Cancer Institute’s section of surgical oncology. “I had to deliver the news that Saschelle needed a mastectomy. It was a difficult meeting.”

Mandoza was a semester shy of graduation. “I cried it out,” Mandoza says. “But then I had to mentor myself, roll with the punches and just deal with it. I wasn’t going to let breast cancer take over my life. I decided to fight cancer, win that fight and graduate.”

Mandoza went all in. Her right breast had no cancer but did have two benign masses. Another mastectomy could await if right-side lesions later grew. Mandoza decided to have both breasts removed. “It was not an easy decision,” she says. “But I couldn’t do this twice. I thought, ‘Let’s get it over with.’”

She also received the drug tamoxifen to control the effects of estrogen and risks for recurrence. Genetic profiling indicated she would not need chemotherapy. “Because we offer personalized, precision medicine, she was able to avoid chemo treatment,” Chung says.

During the January 2020 mastectomy surgery, Mandoza had tissue expanders installed to create space under the chest muscle for breast implants. The pandemic initially delayed her breast reconstruction procedure, but implants were placed in April – in time for her May graduation. Mandoza’s academic achievements and fortitude led to her being named student marshal, akin to valedictorian, representing the class of 2020 in a video presentation as part of a pandemic-mandated virtual commencement.

“It was a great honor,” says Mandoza, who already had a job waiting at an Atlanta marketing company. “I’m excited. It’s been a rough road, and I’ll miss my amazing LVHN care providers, but now I can’t wait to excel at work.”

What type of breast care is appropriate during the COVID-19 pandemic?

Surgical oncologist, Heiwon Chung, MD, with LVPG Surgical Oncology, emphasizes that medical care, such as mammograms and breast health concerns, need to be addressed sensibly even during a pandemic. “Any kind of symptom like nipple discharge or palpable fullness needs to be evaluated,” Chung says. “Being young doesn’t necessarily protect you from breast cancer.”

Screening mammograms are recommended for all women starting at age 40, unless you have a family history of breast cancer; then speak with your health care provider about earlier screening. Learn more at LVHN.org/breastcancer.