Next time you go to a loud music concert, you’d be doing yourself a favor to take along some earplugs. And you’d be well served to turn down the volume to your earbuds and earphones.

A new study confirms a common-sense notion: Earplugs can shield you from the temporary hearing loss that can happen after a high-decibel music concert.

While getting young people to wear earplugs at concerts may be a long shot, one expert says the threat to their hearing is real – and not just from loud concerts.

“Just think of young people wearing earbuds or earphones, and you can hear their music when they’re 20 feet away,” says Lehigh Valley Health Network otolaryngology specialist Kevin Kriesel, MD, of LVPG Ear, Nose and Throat. “The potential for hearing loss among young people from excessive sound is not something you can ignore.”

LVPG Ear, Nose and Throat has leading clinical experts in hearing loss. The practice, which has four convenient locations in the region, also offers a well-established hearing aid dispensary service staffed by doctoral-prepared audiologists who are fellows of the American Academy of Audiology.

How common is hearing loss among young people?

According to federal government data, the number of American teens with hearing loss has jumped 31 percent since 1988.

One reason for that trend is increased exposure to loud music at venues such as concerts, festivals and nightclubs, researchers said. And as Kriesel pointed out, the potential damage to young people listening to music out of their phones or other devices can be just as problematic.

Is there a way for kids to enjoy music, but at safer, lower decibel levels? Consider statistics captured from an independent earplugs study published in the Journal of the American Medical Association.

Think you may be experiencing a hearing loss? Make an appointment today at LVPG Ear, Nose and Throat

For more information, download an ENT information guide at LVHN.org/ENTguide. 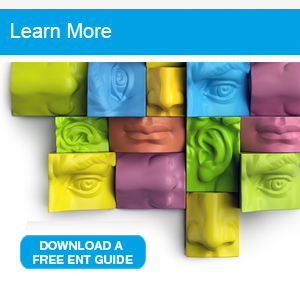