Take It from a Champion: Be Prepared for the LVHN Via Marathon 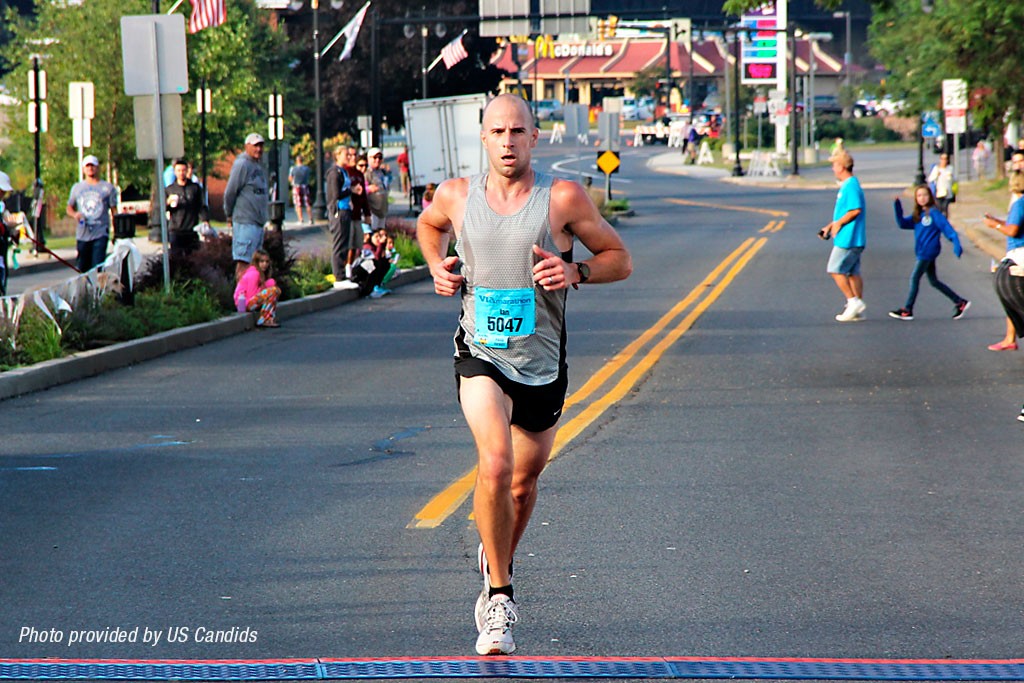 The weather forecast for Sunday’s Lehigh Valley Health Network (LVHN) Via Marathon is warm and sunny. For Ian Walsh, who set a record in 2015 as the half-marathon champion, that forecast signals something that’s important to every distance runner.

“It’s always important for a runner to be hydrated, but particularly when it’s hot or humid,” says Walsh, an LVHN physical therapist at Lehigh Valley Hospital Rehab at Emrick Road in Bethlehem Township, who ran the fastest half-marathon in the history of the race in 2015 – one hour, 11 minutes and 17 seconds.

“Runners should be hydrating throughout the week but also during the race,” Walsh says. “Unless you’re an elite runner trying to win the race who really knows his or her physical condition, you should be stopping at every water stop on a hot, humid day.”

Walsh says loading up on the carbohydrates during the week is important as well. “I’m big on eating pasta a day or two before, and adding plenty of vegetables,” Walsh says. “And you’ve got to stay away from junk food as well.”

Runners also should be aware of the course.

“This race is somewhat unusual for a marathon in that it takes you along the Lehigh Canal, which means a good portion of the race is run on cinders as well as some grass and dirt trails,” Walsh says. “You’ve got to know to be a careful when you’re changing running surfaces, especially if you’re passing someone.”

And if you’re feeling some physical issue coming on or if the heat is starting to get to you, it’s not wise to simply try to push through to the end.

“We have LVHN medical staff stationed throughout the course that are there to help our runners in any way they can,” Walsh says. “And we have two tents available at the finish line as well. If something doesn’t feel right to you while you’re running, let them help. Believe me, the last thing we want is somebody winding up in the hospital.”

Get more information on how LVHN’s sports medicine and rehabilitation specialists can help you to reach your peak performance level.

Take It from a Champion: Be Prepared for the LVHN Via Marathon