The Basics About Brain Bleeds 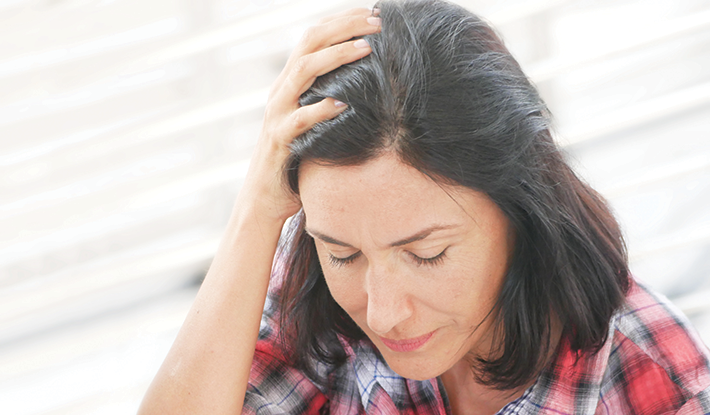 Neurosurgeon Luis Cervantes, MD, with LVPG Neurosurgery in East Stroudsburg, recalls a patient who drove himself home, even though he was experiencing the worst headache of his life. “He should have gone to the ER,” Cervantes says. “Eventually we saw him in the hospital, and a CT (computed tomography) scan found he’d had a subarachnoid hemorrhage.”

The most common cause for this kind of hemorrhage? A ruptured aneurysm or blood vessel in the brain.

Improve your chance of survival: Call 911

In common terms, a brain bleed is actually an intracranial hemorrhage. “The term encompasses a lot of different things,” says Cervantes. “In lay terms, most people think of a brain bleed as a blood clot in the brain.”

When it comes to brain bleeds, there are two kinds. There are spontaneous ones like a ruptured aneurysm or a stroke. And then there are those caused by trauma.

The most common symptom of a brain bleed is a sudden onset headache, which most patients describe as the worst headache of their life. “Even people with migraines tell you this headache is worse than any migraine,” he says.

Even some stroke patients will describe having a bad headache. In some instances, other symptoms come on very quickly that tend to overshadow the initial severe headache.

With a traumatic head injury, for example, the person may fall into a coma. That’s because there is swelling of the brain that causes you to lose consciousness. Surgery is usually always required to relieve the swelling. In the case of a stroke, patients might have the following symptoms:

Cervantes says that patients will recall that they just don’t feel like themselves. “That’s because there is an area of the brain that is not getting any circulation or half of their body can’t move. If you have any of these symptoms,” he says, “it’s time to call the ambulance.”

LVH–Pocono is one of Lehigh Valley Health Network’s three accredited Primary Stroke Centers. LVH–Cedar Crest is the region’s only Comprehensive Stroke Center, offering the highest level of care for the most complex strokes. When alerted that a stroke patient is being transported, our Primary Stroke Centers activate a stroke team who meets you in the ER when the ambulance arrives.

“If there is no evidence of bleeding inside the head, we will start medication to try to dissolve the clot,” Cervantes explains. “If there is a blockage in one of the arteries, we can do surgery to take the clot out or put a stent in, just like they might do in the heart.”

Treating aneurysms is similar to treating clogged arteries around the heart. “We’ll do a catheterization to put a coil inside the aneurysm to prevent any ruptures,” Cervantes says, explaining this is a huge step forward in the treatment of aneurysms. “In the past we would put a clip around the neck of the aneurysm. A clip traps the aneurysm but does not cure the effects from the bleed.”

Bottom line with brain bleeds: if you ever have a headache like you’ve never had before, dial 911. Ignoring your pain could prove to be fatal.

The Basics About Brain Bleeds