He’s a married IT professional; she’s a single mom in the Army. A year after the successful surgery that replaced his polycystic kidney with her healthy one, they finally met face to face 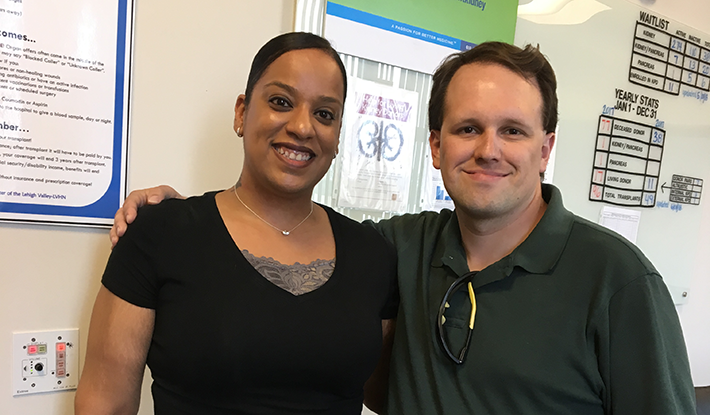 Francis Flexer from Barnesville dealt as best as possible with the polycystic kidney disease that covered his kidneys with noncancerous round sacs of fluid. But a slip and fall several winters ago damaged the organs even further, leaving him in need of dialysis.

Flexer hoped to undergo kidney transplantation, but until a suitable kidney from a donor – living or deceased – became available, he opted for home peritoneal dialysis. The equipment needed to manage his condition overtook an entire room in the house he shared with his wife.

The routine exchange of fluids via his abdominal cavity cleared toxins from his body, a process he endured for four years.

“I got 13 calls for a transplant,” Flexer says. “Everyone would ask me, ‘Is this going to be it?’ And every time, the surgery either got canceled or the kidney went to someone else.”What Flexer could not have known is that a mere 70 miles away, a total stranger was putting wheels in motion that would eventually answer his need.

Devon Diaz, a member of the military stationed at the Army’s New Cumberland Defense Depot, saw a Facebook post asking for a kidney donation for a man from the area. The request resonated with her.

“I don’t know why,” she recalls, “maybe it was just all the bad things going on in the world. But I figured: Let me just call. Just to see if maybe I was a match.”

Diaz underwent the rigorous screening process, chronicling the details on Snapchat. “I had to give like 21 vials of blood. I was like, Really?” she laughs.

The tests revealed she was not a match for the particular online search she answered; however, she was asked if she would donate nonetheless – aiding someone else.

“People thought I was crazy,” she says. “But it just felt right. So I just kept going with that.”

Although she shared her intent with friends and family, it turns out she should have informed one more person: the U.S. Surgeon General. She learned that there were official channels she needed to go through before the U.S. Army would consent. She quickly navigated her way through the paperwork, submitted it to the U.S. Surgeon General in Washington D.C., and anxiously waited. Seven days before the scheduled operation, she received the paperwork that cleared her to proceed.

Even this unexpected delay didn’t dissuade Diaz from her intent: “All along, I kept saying, ‘I’m good.’”

Meanwhile, Flexer and his wife were understandably moved by the gift coming their way. “We were like ‘Who is this crazy person; this person who has so much to give up?

“We’re just two plain people. We don’t deserve this. We’re nobody. It’s just God or something,” they concluded.

The surgery was May 31, 2017 at Lehigh Valley Hospital–Cedar Crest. Patty T. Liu, MD was Diaz’ surgeon, removing her kidney laparoscopically through two band-aid incisions and a three-inch incision. Michael J. Moritz, MD was Flexer’s surgeon and implanted the new organ in his right lower abdomen.

Although everyone on the team has performed anonymous donor transplants before, this was the first time hey had seen both a donor and recipient who were so thoughtful and gracious to have written notes to their “partners.” Diaz and Flexer did so spontaneously, having never communicated with the other before.

Diaz wrote about herself, looking to give the recipient a bit of insight into who he was getting a kidney from. The Flexers expressed their deep gratitude for changing their lives.

After the successful operation, Diaz experienced a three-week recovery, during which she gradually regained her strength. Francis Flexer felt better almost immediately and rejoiced at regaining a spare room in his home, with the exit of all his dialysis equipment.

This week’s first-time meeting between Diaz and Flexer – a year post-surgery – was an afternoon of stories and laughs, humble gratitude, expressions of generosity and even a small gift, a token of the enormous gift received. The two even shared a peek at their scars.

Together, they are now committing to mentoring other patients and donors through the Transplant Center of the Lehigh Valley – LVHN at Cedar Crest, Allentown.

According to the National Kidney Foundation, more than 100,000 people in the U.S. are currently awaiting kidney transplants. The median wait time is more than three years, and on average, 13 patients per day die waiting for a donated kidney. 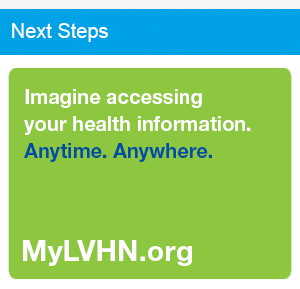