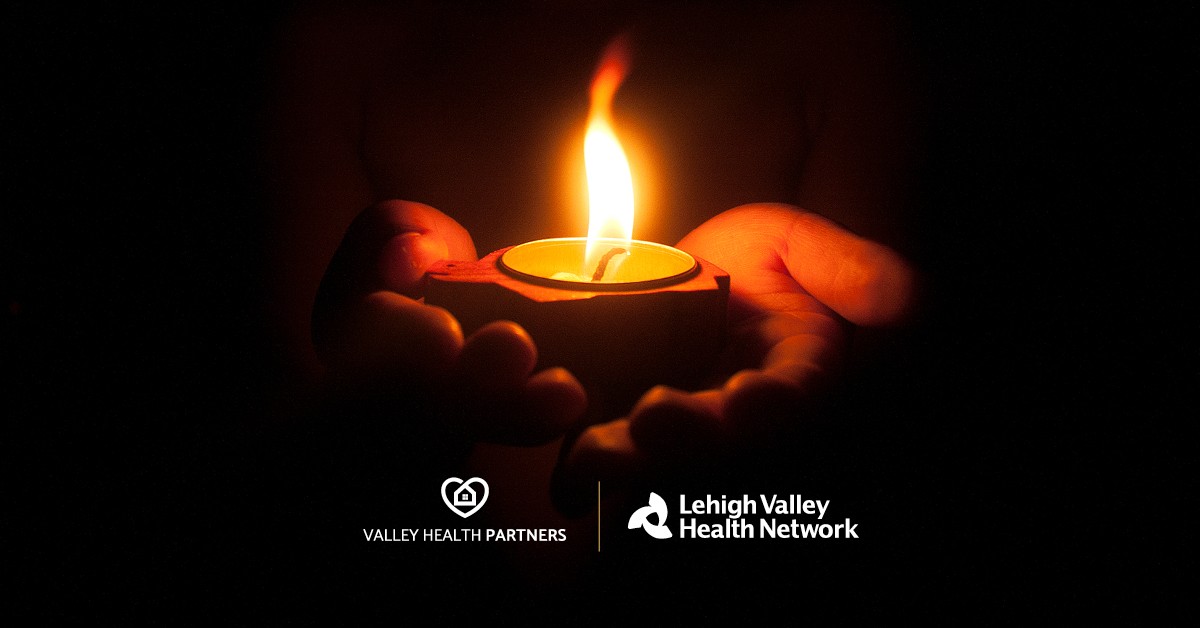 When Valley Health Partners (VHP) physician assistant Seth Campbell, PA-C, and other members of the VHP Street Medicine team would visit Martin Deemer at his encampment, he would always direct them to other homeless neighbors who he felt were more in need of their help. “Next time,” he would say when they would approach him about his own care.

But Martin Deemer ran out of “next times.” He would be one of eight homeless friends of VHP Street Medicine lost in 2020. They were honored Monday at the fifth annual National Homeless Persons’ Memorial Day Virtual Candlelight Ceremony hosted by VHP Street Medicine and Lehigh Valley Health Network (LVHN). This year’s ceremony was limited to social media because of COVID-19 concerns.

“Every year at this vigil, I’m tempted to ask the imperfect questions: What could I have done differently? How could I have prevented this from happening?” Campbell says. “It seems we all can relate to these times in life.”

Addressing the imperfect questions has been the driving force behind the VHP Street Medicine program, which this year was one of several LVHN community-based programs and practices that moved to a new nonprofit, Valley Health Partners Community Health Center, which is especially focused on the needs of underserved populations throughout the area.

The road to more

“Our team from VHP Street Medicine remains committed to doing everything possible to address the physical and emotional needs of our homeless friends,” says Brian Nester, DO, MBA, FACOEP, President and Chief Executive Officer at LVHN, in his remarks that opened the virtual candlelight ceremony.

That commitment was demonstrated in 2020 by two new programs to benefit the homeless. A respite care program made possible through a grant from the Highmark Foundation permitted 26 sick homeless patients to recuperate in Extended Care America hotel rooms. Also, mail service was launched for homeless patients so they could access Social Security benefits, insurance benefits and other services.

No one dies alone

Martin Deemer’s name will join those of Morris Mest, Tabitha Winters, Shari Pissani, Jason Boyle, Michael Price, William Ebneter and Andrew Sweitzer on the Remembrance Wall at LVHN–One City Center, which was created in 2016 to honor the memory of lost Street Medicine patients. The wall was made possible through a gift from Nester and his wife, emergency medicine physician Tina Pippis-Nester, DO.

“LVHN has a wonderful program, our No One Dies Alone program, where volunteers sit in hospice with patients in their final moments of life,” says Pippis-Nester, who also spoke at the candlelight ceremony. “While we continue to battle the tragedy of homelessness, we humbly maintain this remembrance wall with the hope that no one dies unknown.”

Pippis-Nester also honored Hoonani (Nani) Cuadrado, PA-C, the leader of the VHP Street Medicine team, who was named the 2020 Pearl Birnbaum Hurwitz Humanism in Healthcare Award recipient. This national honor pays tribute to the woman who best exemplifies humanism and has advanced the well-being of underserved or at-risk populations in the health care arena. Cuadrado is the first non-physician to be so honored. Her efforts exemplify the dedication of caregivers throughout the VHP organization.

“The very heart of this organization is to provide care for our communities most vulnerable,” says Veronica Gonzalez, executive director of VHP. “We seek to understand our patients’ barriers and walk side by side with them to overcome them.”