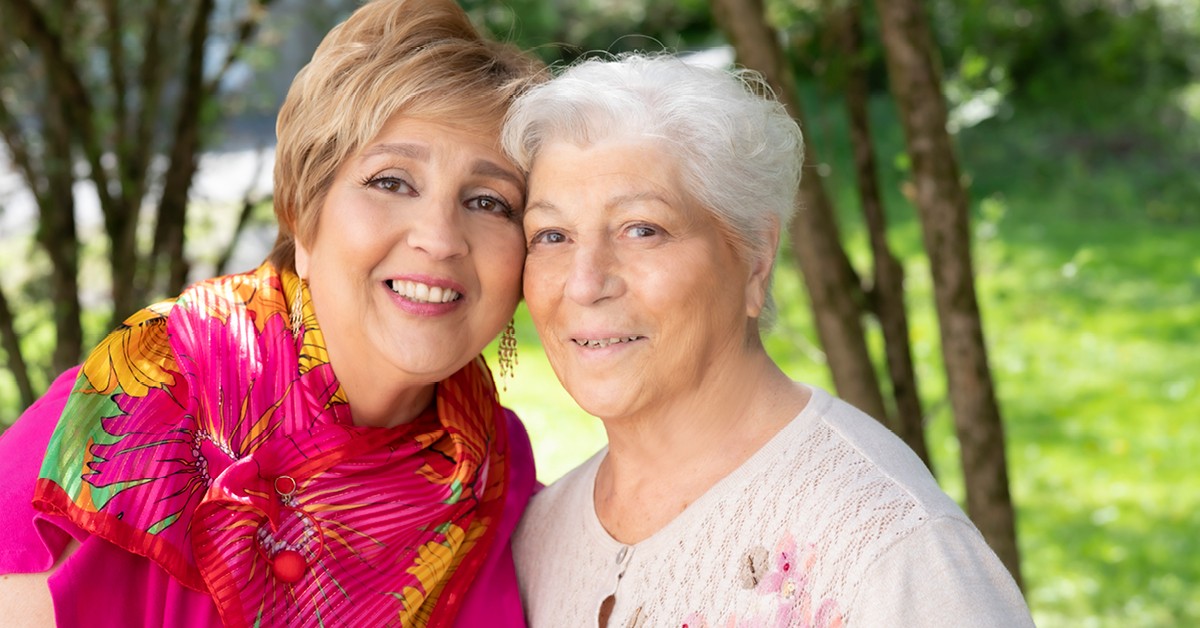 Walking Through Battle of Breast Cancer With Trusted Doctor

Mary Lou Salzarulo, cancer-free for nearly 25 years, trusts her doctor to now care for her mother

In 1994, Mary Lou Salzarulo, of Bethlehem, became a mom at 36. Less than a year later, she discovered a lump in her breast while in the shower. Her son, Michael, was just 10 months old. “It felt like the size of a half dollar. I knew right away something was not right. It was hard like a rock,” she says.

Concerned, she went to her OB-GYN, who agreed the lump did not feel right and sent her for a mammogram. It showed that her lump was indeed a large tumor, and after a biopsy and a barrage of tests, she was officially diagnosed with stage 2 breast cancer in summer 1995. As a new mom, she was incredibly scared.

“I thought I would never see my son’s second birthday,” Salzarulo says. “I was devastated. I was angry with God. I had struggled to have a child, and it felt like a machete had whacked me off at the knees.”

For treatment, she underwent a mastectomy and opted to have TRAM flap reconstruction. The surgery was 13 hours long but was a success. During that time, Chand Rohatgi, MD, general and breast surgeon with Coordinated Health, was a resident when Salzarulo was diagnosed and had her surgery.

“In those days, patients used to have a prolonged stay in the hospital. I had a chance to build a rapport with Mary Lou,” Rohatgi says. “She did have a complex surgery, which was routine in those days. After I joined the practice after my residency, Mary Lou became my patient when my mentor retired. That was 21 years ago.”

Salzarulo followed surgery with a year of chemotherapy and eight weeks of radiation therapy. The treatment was long and arduous, but the outcome was all positive.

“After that, I was cancer-free. My doctor’s visits were every three months, then every six months, and now I have yearly exams,” she says. “I didn't think I would get to see my son's second birthday, and now I am approaching his 27th birthday. Every day is a gift. I don't take any day for granted.”

Adds Rohatgi, “Having cancer at that early age definitely must have changed her, but she remained positive throughout. Slowly, the scare of a recurrence lessened, and we were able to have some lighter moments during our visits.”

In September 2020, Salzarulo, now 63, returned to Rohatgi’s office, but this time she was supporting her mother, Gina, 86, who had just been diagnosed with breast cancer.

“I've placed her in the finest hands, for her and for me,” says Salzarulo. “Dr. Rohatgi said normally it goes the other way (seeing the mother before the daughter), but it went the other way for us. My mother is a very strong person.”

As Salzarulo walks with her mother through her breast cancer battle, Rohatgi has been with them both every step of the way.

“Gina knew to believe in her daughter, and by association, in me with her care,” says Rohatgi. “My care philosophy has been molded by my numerous patients who have shared with me some of their darkest moments but also their life and family, and have indulged in the story of mine. These patients have brought to me their loved ones, and today, I am proud to say that I have many such families who have trusted me with their care.”

Walking Through Battle of Breast Cancer With Trusted Doctor