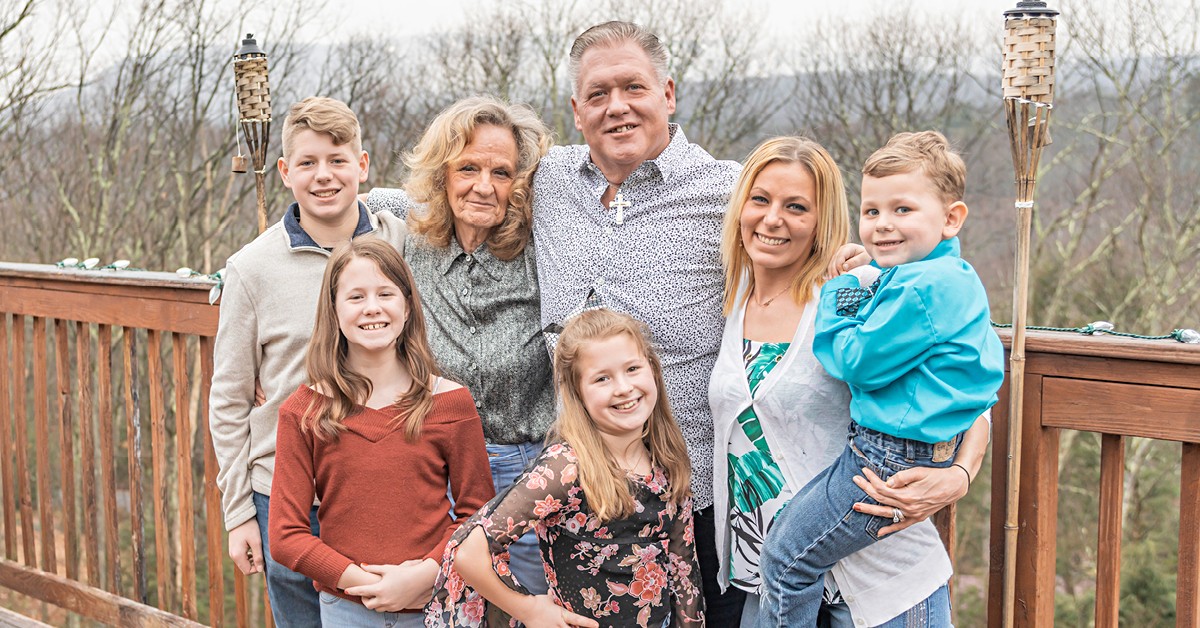 You will never meet anyone more grateful for life’s blessings than James Hagner. Not only did weight-loss surgery turn his life around, he believes it saved it.

“I should have been dead multiple times,” says the 48-year-old Hagner, a former New York City firefighter now living in Scotrun, Pa. “I was in such bad shape prior to my weight-loss surgery, it was a last resort for me.”

For almost two decades, Hagner suffered through physical and emotional problems after his experience at Ground Zero following the Sept. 11, 2001 World Trade Center attack. He remembers being awakened by his screaming mother in their Staten Island home and being told of hijacked planes crashing into the twin towers. He would spend the next 40 days at the attack site. The horror he witnessed would take its toll.

“I’ll never forget the smell of the air, the smoke and ashes, and of course the loss of life,” Hagner says. “I’ve had a lot of medical problems since – asthma, COPD (chronic obstructive pulmonary disease), pulmonary fibrosis, diabetes, sleep apnea, depression. My life became dependent on a stockpile of medications.”

As a consequence, Hagner started gaining weight, reaching a high of 440 pounds. “I’ve had a heart attack and two diabetic comas because of my weight. I was lucky just to survive.”

After moving to Scotrun, Hagner discovered Lehigh Valley Health Network’s Weight Management Center and made a “life or death” decision to have weight-loss surgery. He completed a comprehensive pre-surgery program that prepares patients for the procedure and life afterwards. Then on March 28, 2019, Hagner went to Lehigh Valley Hospital–Pocono for gastric sleeve surgery, which decreases the size of the stomach to a small pouch to encourage weight loss.

“James was in poor shape when he came to us,” says bariatric surgeon Nicolas Teleo, MD, with LVPG General, Bariatric and Trauma Surgery–Plaza Court in East Stroudsburg. “He could barely breathe or walk. But he came through surgery very well and has been an amazing success story since. The last time I saw him, I didn’t recognize him at first.”

That’s because Hagner is now down to 200 pounds and is free of many of his medical issues. He’s a mentor in several weight-loss support groups, using his story to share the benefits of bariatric surgery.

“There was a time I thought I’d never see my wife, Sara, and our five children again,” Hagner says. “To say I’m grateful to Dr. Teleo and everyone at LVHN is an understatement. I’m blessed.”

To learn more about both surgical and non-surgical weight-loss options available to you at Lehigh Valley Health Network, please visit LVHN.org/weightmanagement.