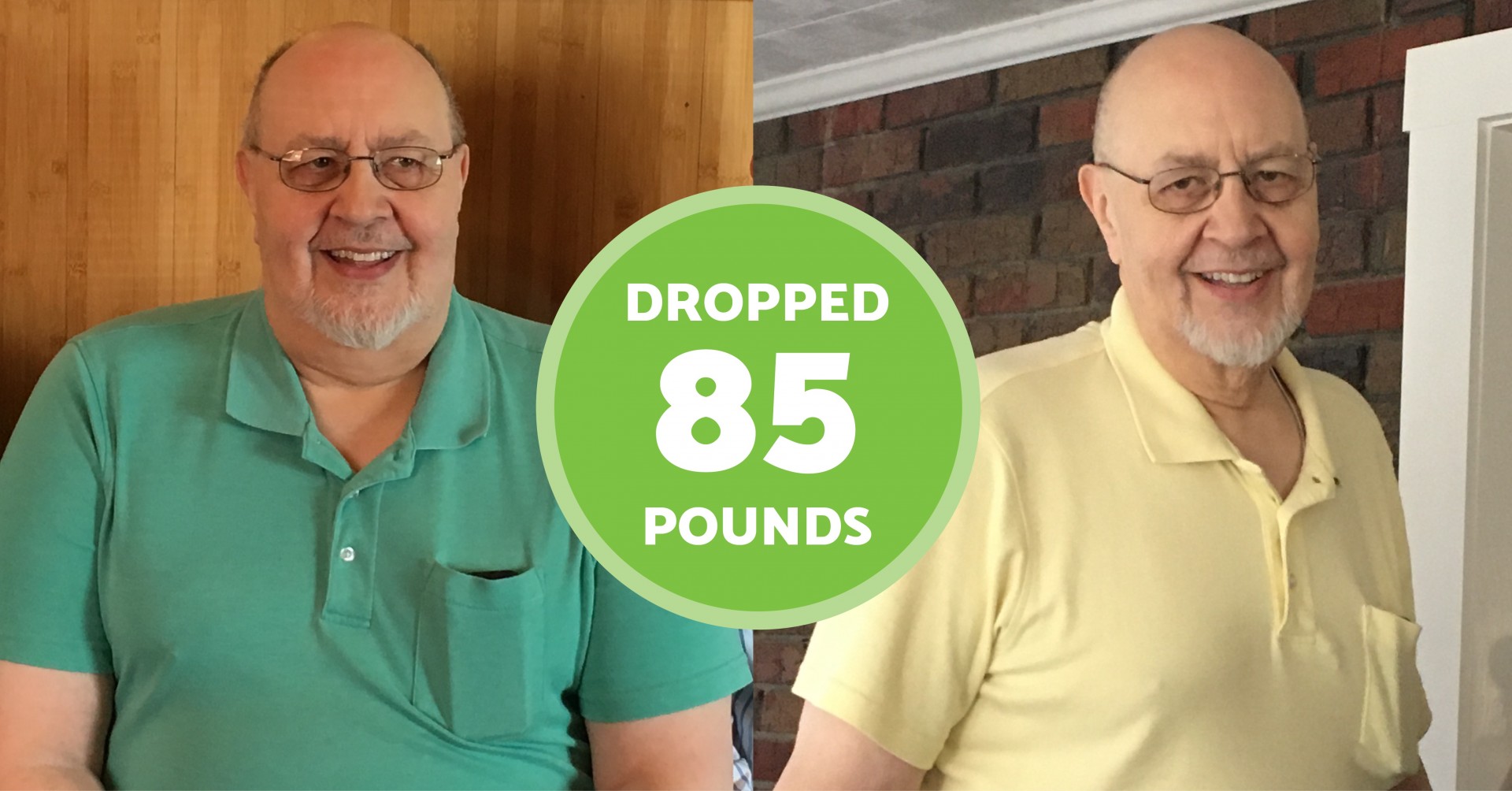 During the COVID-19 pandemic, a trend of putting on the COVID-19, as in 19 pounds, has been growing. That’s not the case for Gene Werley. When we last spoke with Werley in early March, he was losing weight to prepare for hernia surgery. We caught up with him, and you’ll be amazed at his progress.

Werley has a hiatal hernia (a condition where his stomach pushes through his diaphragm) and Barrett’s disease (an esophageal condition that affects many people with gastroesophageal reflux disease or GERD). The decision to lose weight came after Scott Beman, MD, with LVPG General, Bariatric and Trauma Surgery, recommended hernia surgery, but not until Werley lost at least 50 pounds.

Werley promptly joined the Change your Weigh program in November and the weight immediately started to come off. “When Gene started, he was a little apprehensive, but motivated by the surgery. He came in every week and it shows. He’s lost a lot of weight,” says Ashley Sarisky, LPC, Behavioral Health Specialist with LVPG Bariatric Medicine.

By April, Werley met his goal weight for surgery, and as the weight left so did his acid reflux symptoms. “Since Gene’s reflux symptoms were resolved, surgery isn’t needed right now,” Beman says. “The hernia isn’t detrimental to his health, so we’ll just continue to monitor his progress.”

With surgery no longer needed, at least for the time being, Werley had to take a moment to adjust his mindset. “I lost my goal. It was so strange,” he says. “But I had to look at the bigger picture.”

The bigger picture was that Werley did something amazing. In less than a year, he transformed his body and alleviated his symptoms. Werley credits the Change your Weigh team for teaching him the skills and knowledge he needed to reach this milestone.

“I learned the nuts and bolts of nutrition that I wouldn’t have ever known before,” he says. Werley no longer approaches eating in the same way. Now when he makes a meal, he does it without distractions. When he eats a meal, he concentrates on each bite and sometimes he even closes his eyes. “It’s given me a whole new appreciation for food,” Werley says. “Wherever you are – be there.” Through this meditative style of eating, Werley says he’s enjoying food more than he ever has.

“When people become more consistent with mindful eating, they’re managing stress, anxiety and anger,” says Gerald Rodriguez, Behavioral Health Specialist with LVPG Bariatric Medicine. “So many people think that the inability to get healthy is a willpower problem. It’s not. It’s about learning strategies and skills.”

During the COVID-19 pandemic, the Change Your Weigh program quickly shifted to offering virtual classes and instruction.

“All classes are now video visits,” Rodriguez says. “We’ve even made some adjustments to make it more individual.” Now participants can have even more one-on-one interactions with instructors through video classes. “We’re constantly evaluating our meetings find out what’s the most effective,” Rodriguez says. And as far as Werley is concerned, it’s working.

“You can’t put everyone into one box,” Werley says. “One of the things that’s really key about this program is each one of the instructors really listens to you as an individual.”

When people such as Werley participate in the program and see results, it’s a success that’s celebrated by the entire group. “I enjoy that I get to be a part of people’s lives for a short period of time. I get to see them through challenges and bear witness to success,” Sarisky says. “The decision to lose weight is a big commitment in their life and I don’t take it lightly.” And when people complete the 24-week program, the Change Your Weigh program still maintains relationships with the participants. “We encourage people to use us on an ongoing basis,” Rodriguez says. “We help people get back on track when they get distracted.”

To learn more about the Change Your Weigh program, visit LVHN.org/optifast.