Who’s the Secret Santa at LVH–Schuylkill? 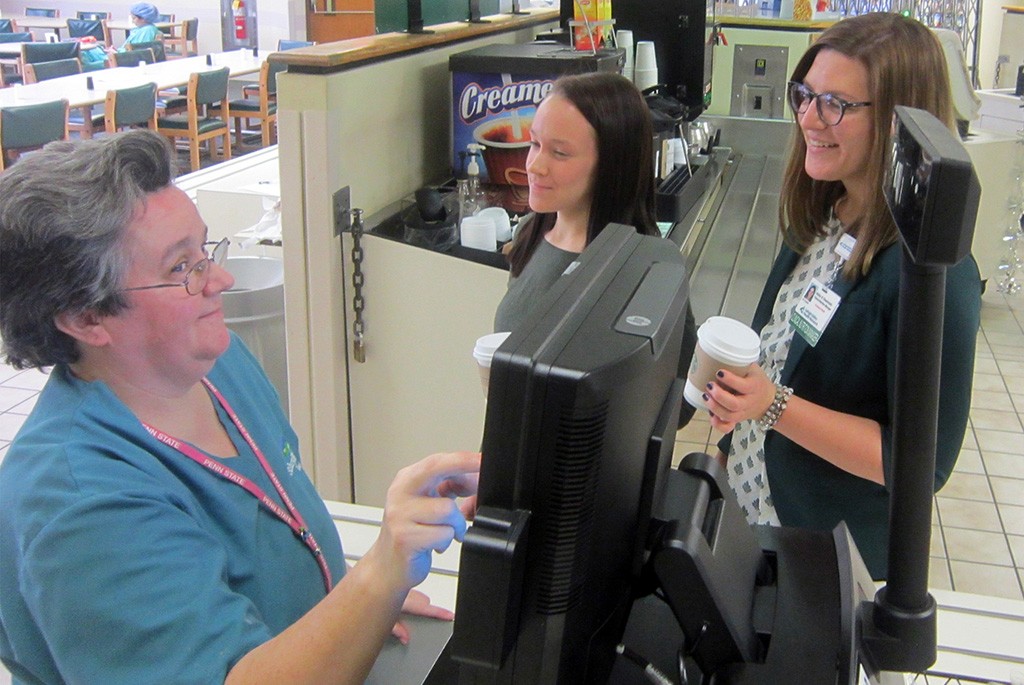 Some call it “paying it forward.” Others refer to it as a “random act of kindness.” At LVH–Schuylkill, they’re calling it a very nice gesture from a “Secret Santa.”

For the second year in a row, colleagues and visitors at the cafeterias of both our Pottsville hospitals found that an anonymous donor had already paid for their coffee, tea or hot chocolate. The day the free beverages would be available was not announced. Only the donor, dietary supervisor and cashiers knew when it would happen.

“I like to give back,” says the donor, who asked not to be identified. “We have a lot of terrific colleagues at both campuses that I know and respect. This can be a very stressful time on both a professional and personal level. I thought it would be a nice idea to keep people in the spirit of the season and put a smile on the face of a colleague or visitor.”

It seems the Secret Santa’s wishes came true. John Tejada, an Environmental Services (EVS) Supervisor at LVH–Schuylkill S. Jackson Street, was following his daily routine – getting a medium coffee with cream and sugar – when the cashier told him his morning brew was paid for by Santa. “I just couldn’t believe it,” Tejada says. “It was such a nice thing for that person to do that today, I brought coffee and donuts to our EVS team meeting. Our housekeepers were really pleased. That free cup of coffee created plenty of smiles.”

Abby Owsinski of the food and nutrition department echoed other people’s comments. She learned of the gift while at the cash register and was thrilled. “I thought it was just so sweet,” she says. “I wish I could thank the donor in person. I learned later that it is becoming a tradition here at LVH–Schuylkill.”

That’s exactly what the donor hopes to create going forward. “Maybe this is my legacy,” says the Secret Santa. “It is definitely something I hope to continue. Who knows, maybe others will do something similar on other occasions or in honor of other events. Now that would be terrific.”

Who’s the Secret Santa at LVH–Schuylkill?